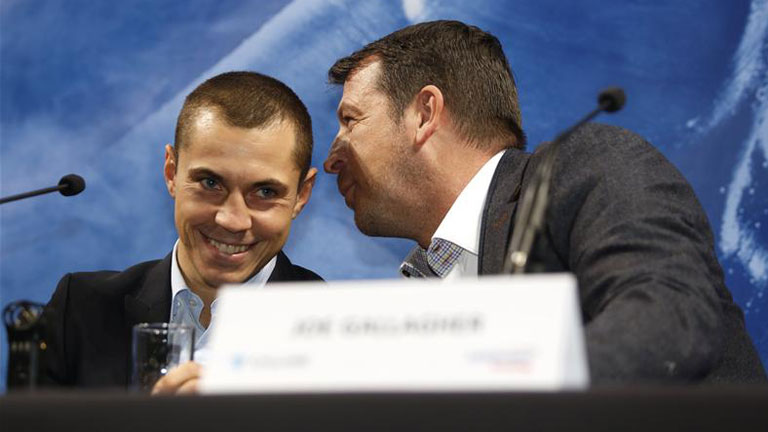 SCOTT QUIGG overpowered the feisty challenge of Stephane Jamoye, battering down the Belgian in the third round to retain his WBA regular title (Guillermo Rigondeaux is their Super champion).

“I went in there and systematically broke him down,” Scott declared.

A relaxed Anthony Joshua pegged Konstatin Airich back with his jab before unleashing his thunderous shots to force a stoppage in the third round. It had been scheduled optimistically for eight.

Anthony Crolla’s evening ended in frustration. At the end of the third round his head collided with Gamaliel Diaz, slicing open a cut by Diaz’s right eye. Diaz was reluctant to emerge from his corner and after some discussion this was ruled a technical draw.

Early on it seemed as if Sam Eggington would end his battle with Denton Vassell early. Denton however dug in but as momentum began to swing his way, Eggington stormed back, prompting the referee’s intervention in the eighth round.

Scott Cardle blitzed Kirk Goodings in under a minute to seize the English lightweight title.

Poland’s Kryzystof Rogowski recorded a significant upset when he took out Macclesfield prospect Liam Hanrahan with a single left hook in the third round.

Wayne Brooks weathered the initial pressure Sam Hyde brought and his rally in the second half of their four rounder earned him a draw.

Moses Matovu did well to cope with Jack Massey’s power punching, surviving the four rounds but losing clearly on points.

Hosea Burton opened on Tzvetozar Iliev, forcing a stoppage in the fourth, and last, round.