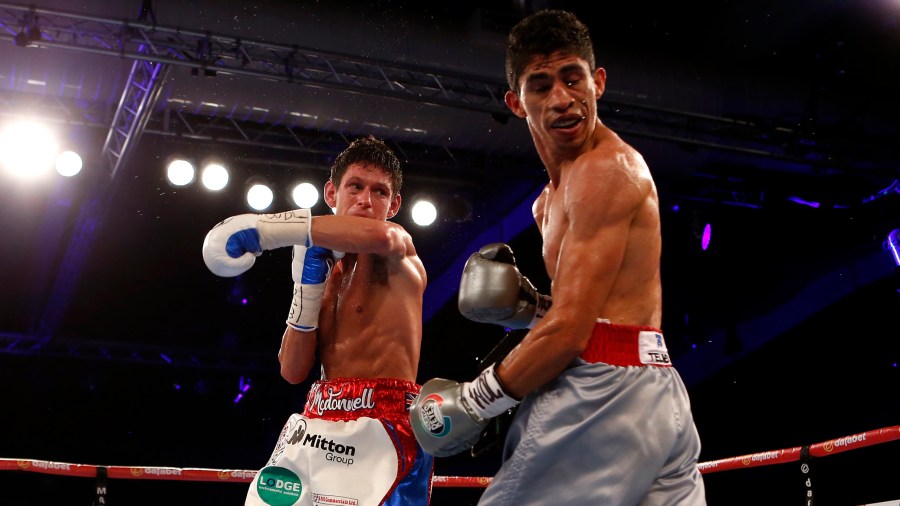 GAVIN McDONNELL may have been outgunned but he was never discouraged as he took on experienced Mexican Rey Vargas for the vacant WBC super-bantamweight title at the Hull Ice Arena Saturday (February 25).

Vargas had McDonnell under real pressure in the first half of their title fight, slamming in punishing crosses and accurate left hooks as his deft footwork moved him clear. Gavin at least dug in and towards the end of the contest he pressed forward as he pitched right hands at Vargas in a heartening finish.

Rakeem Noble stepped in at short notice to fight Tommy Coyle. Hurt at the end of the second round, he hadn’t fully recovered by the third and Coyle overpowered him, ending it inside the distance.

For the full ringside report don’t miss next week’s issue of Boxing News.