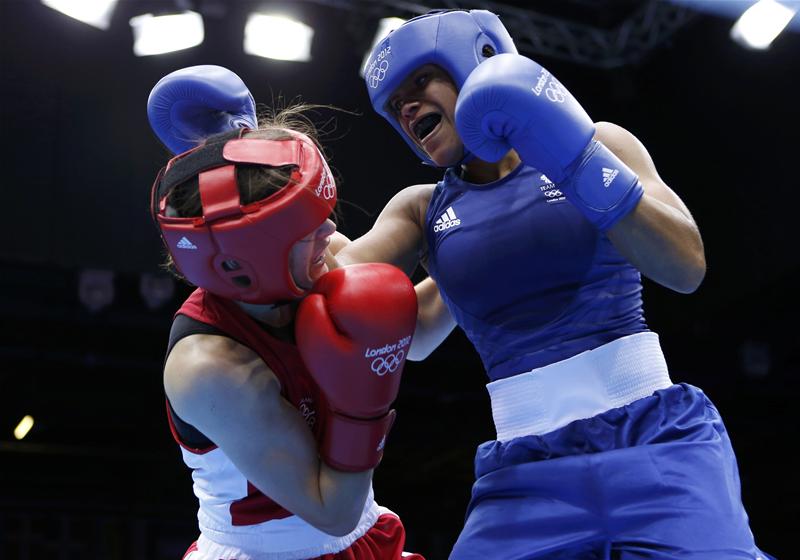 NATASHA JONAS was eliminated from the Commonwealth Games after conceding a split decision to Australia’s Shelley Watts. Jonas, a London Olympian, was one of the favourites for gold at Glasgow 2014.

“It was close,” the Liverpudlian said. “You never knew which way the round had gone until the end. But it’s just one of those things.”

She added, “It’s all about going back to the drawing board and seeing. Obviously we’ve got the Worlds coming up at the end of the year and we’ll just build on it from there. At the minute I’m just disappointed.”

Super-heavyweight Joe Joyce picked up a heartening win for the English team, halting Scotland’s Ross Henderson in three exhilarating rounds in the 91&kgs quarter-final. A stray right caught him but his force was overwhelming, blasting Henderson to the canvas four times, although Ross got back up and was stopped on his feet. “I can always prove on my performance and I can go back and watch the tape and see what I need to work on and then improve on it for the next,” Joe said. Joyce is guaranteed a medal, its consistency to be decided over the coming days.

Scotland’s Reece McFadden won his flyweight quarter-final against Botswana’s Oteng Oteng unanimously and so he too is assured of a medal.