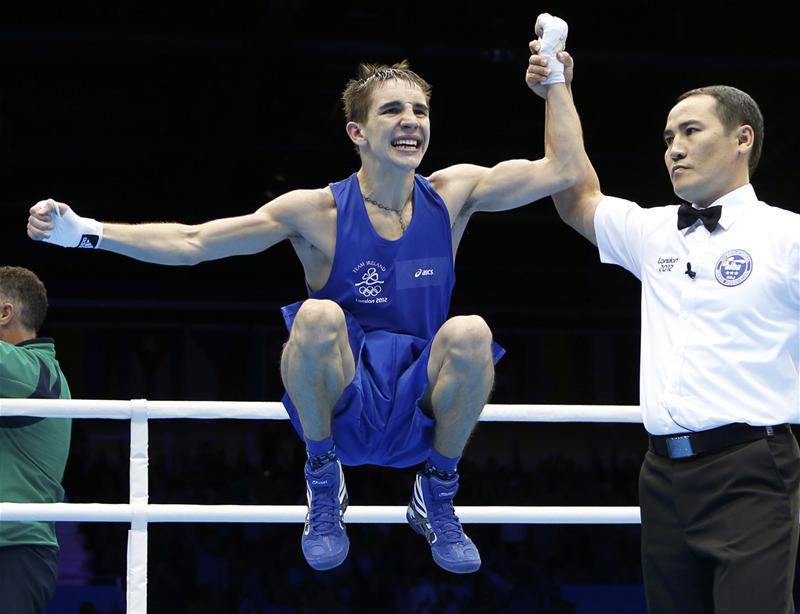 FORMER Irish amateur star Michael Conlan made a winning start to his professional career in front of a raucous sell-out crowd of 5,102 at the Madison Square Garden Theater on Saint Patrick’s Day. Boxing in a scheduled six-rounder against Denver’s unheralded Tim Ibarra, the Belfast switch-hitter secured a third-round stoppage victory to announce himself in style in the paid ranks.

Entering the ring to a sea of green in the stands – and with Ireland’s UFC star Conor McGregor cheering him on enthusiastically from ringside – Conlan flung out stinging jabs to take control in the first two rounds. After less than a minute of the third, he backed Ibarra up on the ropes, before unleashing an unanswered salvo of hooks, leading the referee to step in and halt the contest at 0-59. The stoppage did seem a tad early, but Ibarra’s prospects for the rest of the contest were clearly bleak against a superior opponent.

Following the bout, Conlan described his first pro outing as something he “couldn’t have even dreamed of.” His promoter, Bob Arum of Top Rank, revealed afterwards that Michael is likely to next be out on May 12 or 19, possibly in Boston.