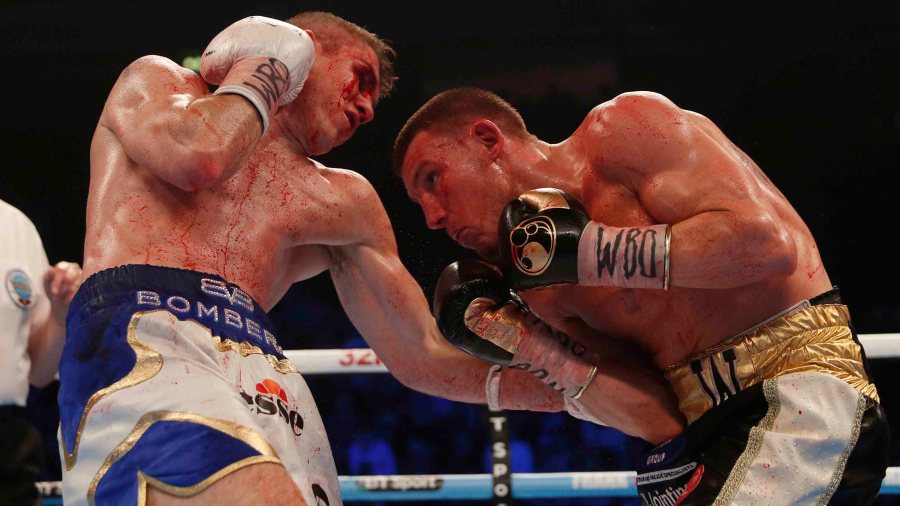 PROMOTER Frank Warren promised an immediate rematch after Liam Smith claimed a controversial victory over Liam Williams in their domestic super-welterweight clash at the Manchester Arena.

Welshman Williams looked to be holding a commanding lead when he was withdrawn at the start of the 10th round with his right eye clamped shut after an apparent head clash.

But referee Terry O’Connor did not notice the incident and as such instead of going to the scorecards, Smith was handed the victory due to his opponent’s retirement.

It was a fortunate end for Smith, who did not take the WBO Interim belt as a result having tipped the scales two pounds over the limit at Friday’s weigh-in.

The Liverpool 28-year-old had been outclassed for much of the opening half of the contest by the brighter Williams, who was looking to extend his unbeaten professional record to 18 fights.

Smith, in his second fight back after losing a brave challenge to Saul Alvarez in the US last year, gradually clawed his way back into the bout but was hampered by a bad cut over his right eye.

Towards the end of an all-action ninth the pair appeared to come together and Williams reeled back to his corner where trainer Gary Lockett had little option but to pull him out.