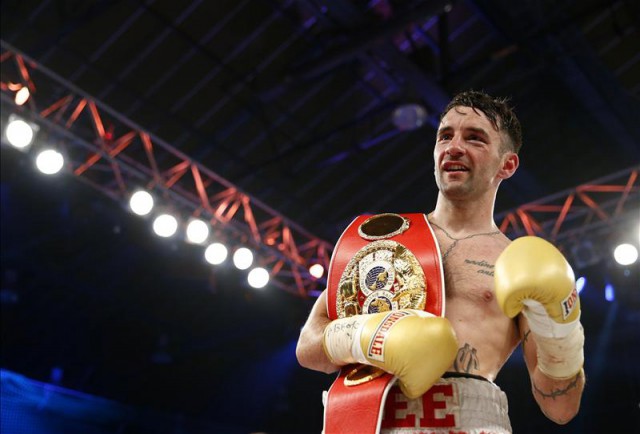 Haskins turns on the style in Bristol to beat Ryosuke Iwasa

LEE HASKINS turned in one of the finest performances of his career to win the interim IBF bantamweight title with a sixth-round stoppage win over Japan’s Ryosuke Iwasa in Bristol.

Haskins – for too long starved of a chance at world gold – was in control from the start and this victory could set up a shot at the injured champion, Randy Caballero.

The switch-hitting Brit was in control from the start and a delightful left-right worried Iwasa in the second round before the visitor recovered in the fourth. He landed a series of shots – the best a left hook  – to leave the contest poised before Haskins regained control.

Haskins had to walk through another left hook in the sixth, that bloodied his nose, before connecting with a terrific blast of his own. It decked Iwasa and the end was nigh. The Japanese fighter’s ordeal was concluded with a follow up barrage leaving Haskins – at the age of 32 – to toast the best win of his career.