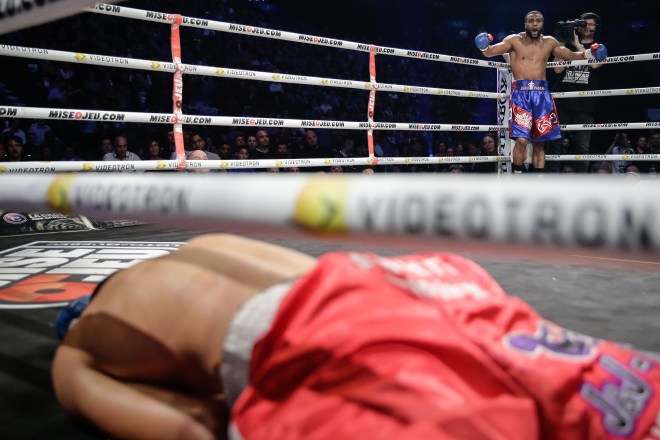 JEAN PASCAL remained on course for a March 14 light-heavyweight showdown with Sergey Kovalev when he emerged from a bizarre encounter with fringe contender Roberto Bolonti without defeat.

The 32-year-old started briskly against the Argentinian, controlling the first round at the Bell Centre in Montreal. In the second Pascal connected with an illegal blow on the break. Bolonti collapsed in a heap and the fight was over.

The punch did not appear powerful enough to finish Bolonti – who has never been stopped before – but he did not get up. After being carried out on a stretcher with an oxygen mask, in scenes reminiscent of Luis Santana’s infamous disqualification victories over Terry Norris, the fight was called a ‘no-contest’.

This bout occurred on the six-year anniversary of Pascal’s thriller against Carl Froch.