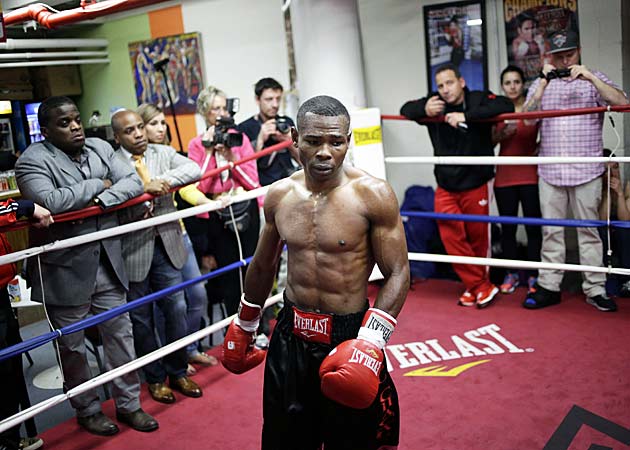 GUILLERMO RIGONDEAUX retained his WBO and WBA super-bantamweight titles in Osaka on December 31, forcing Japan’s Hisashi Amagasi to retire on his stool at the end of the 11th round.
The Cuban star had to cope with being dropped twice himself in the seventh round but proceeded to floor Amagasi in the ninth before forcing him out of the fight.
Kazuto Ioka knocked out Jean Piero Perez at 2-09 in the fifth of 10 scheduled rounds.
Katsunari Takayama picked the vacant IBF and WBO minimumweight titles when he halted Go Odaira at 2-24 of the seventh round.
Sho Ishida defended his Japanese super-flyweight from Masato Morisaki with a fifth round stoppage. 23-year-old Ishida is now 18-0 (10).