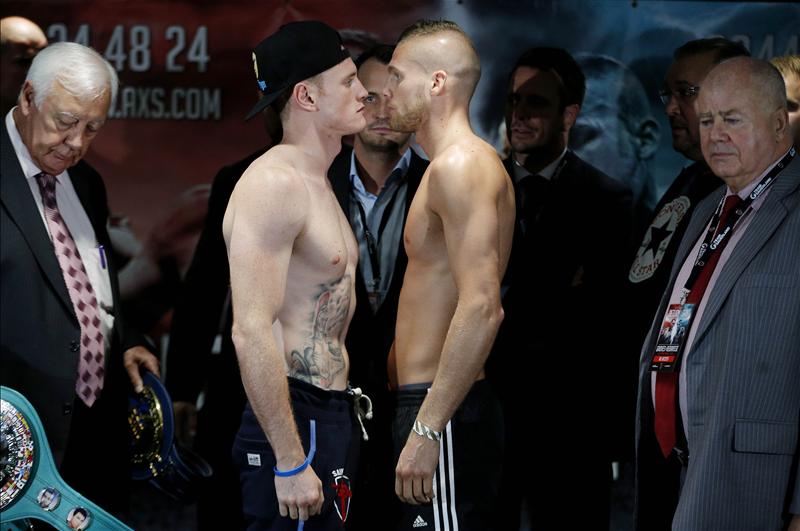 AFTER two inside the distance defeats to Carl Froch, George Groves did not ease back into big time boxing. European champion Christopher Rebrasse made the Londoner work hard through every round. He unsettled Groves at times but George, boxing at range behind regular jabs before forcing himself forward behind heavier right hands, ultimately took a unanimous decision.

This victory now puts Groves in line to challenge Anthony Dirrell for the WBC super-middleweight title.

Kryzysztof Szot proved a solid, resolute opponent for Olympic gold medallist Luke Campbell. But just as it looked like he was destined to last the course of their eight rounder, Campbell forced a breakthrough, hurt the Pole and took a stoppage finish in the seventh round to go 8-0 (6) in his pro career.

Kal Yafai added an IBF Intercontinental strap to a collection that already includes the Commonwealth super-flyweight crown, slamming Herald Molina down with powershots. He dropped the Nicaraguan for a knockout win in the second round.

Gamal Yafai, Kal’s brother, took a points win in his fourth pro contest. Sofiane Bellahcene didn’t stand to trade with younger Yafai though the Frenchman still had to hold steady beneath some heavy blows. Gamal won all six rounds.

Martin Ward contained game Georgian Kakhaber Avetsian eventually, dropping and stopping him just before the end of their eight-rounder.

Olegs Fedotovs bitterly protested the refee’s intervention during his sixth round with Swedish prospect Oscar Ahlin but the tough Latvian had never looked like he was going to win a session.