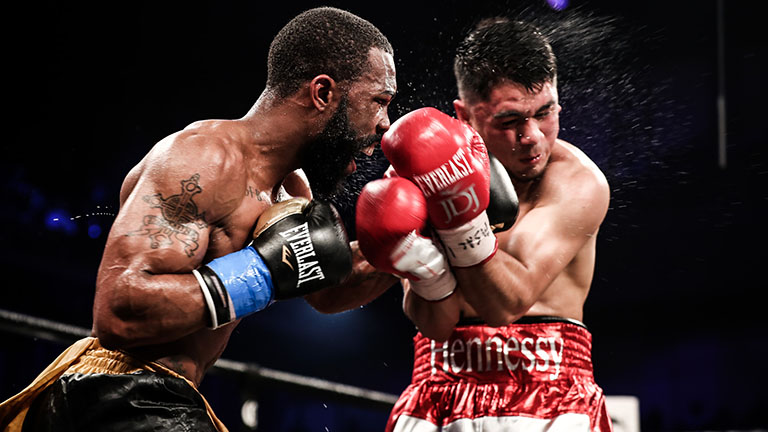 ON the same night (Saturday May 19) that Lee Selby lost his IBF featherweight title to Josh Warrington in Leeds, American Gary Russell Jr made sure that he kept hold of his WBC belt in Oxon Hill by unanimously outpointing countryman Joseph Diaz.

Fighting at the MGM National Harbor in his home state of Maryland, Russell did not have things all his own way in the early rounds against fellow former amateur standout Diaz. The game Californian challenger attacked the body well, while Russell let his hands go freely in response, with his brilliant jab proving particularly effective.

Despite not looking entirely comfortable when having his midsection targeted, Russell was able to take full control in the second half of the all-southpaw fight with his lightning-quick, accurate punches both upstairs and downstairs.

After 12 rounds of entertaining action, the sharp-hitting champion from nearby Capitol Heights received a well-deserved verdict by scores of 115-113 and 117-111 twice. In claiming the victory – his third successful world championship defence – Russell became the first man to defeat Downey’s Diaz.

Boxing News’ No. 1 126-pounder Russell – who injured his right hand early on in the bout – was quick to call out the other featherweight world titlists afterwards, before declaring that he could even step up to super-featherweight if the right contests can’t be made in his current weight class.

“We want a unification. We want to unify this division, or we’re moving up in weight for another title,” Russell said. “I want another belt.”