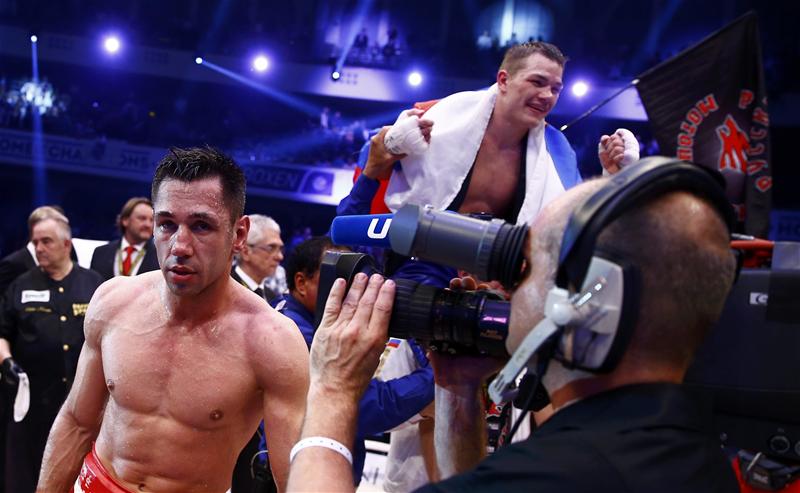 Sturm facing boxing retirement after losing to Chudinov in Frankfurt

FELIX STURM‘S long and accomplished career is hanging in the balance after losing to Fedor Chudinov in a battle for the WBA ‘world’ super-middleweight title recently stripped from Carl Froch. The Russian won via split decision (116-112, 112-116, 117-110) in Frankfurt despite appearing to largely dominate the former WBA, IBF and WBO middleweight boss.

Sturm did stage a rally in rounds six and seven but was outgunned by Chudinov who introduced himself to the leaders of the 168lb pack in style. The German veteran was sent reeling at the close of the ninth, and a stoppage looked likely in the next session until Chudinov lost his mouthpiece during the attack, handing Sturm some valuable recovery time.

“He was very well prepared,” said Sturm. “That’s boxing. I’m thankful to have had the chance to go for my fifth title.”

If that is the end for Sturm it’s been a wonderful career. For 13-0 (10) Chudinov, though, this might just be the beginning.

“It was a tough bout but I’m world champion now, and that’s fantastic,” he said.

BOXING NEWS – established in 1909 and ringside for every major fight