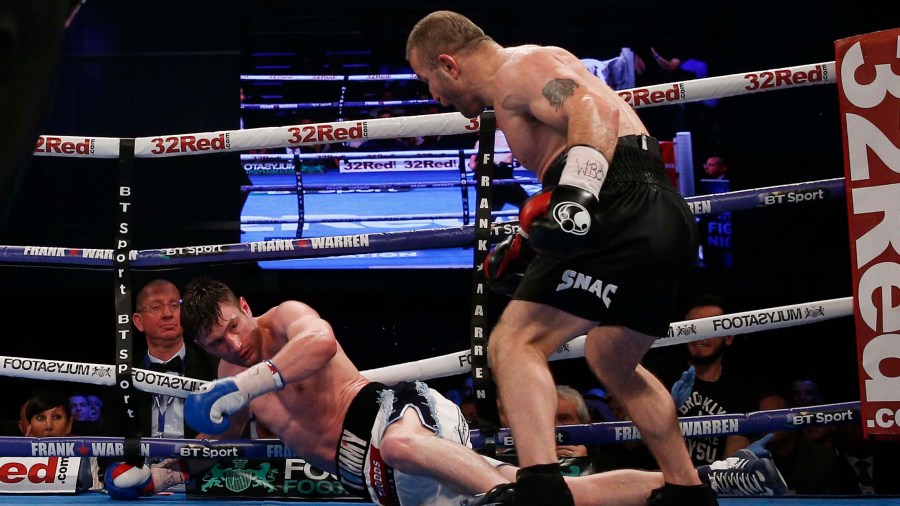 GEORGIA’S Avtandil Khurtsidze knocked out Tommy Langford to win an Interim title from the WBO on Saturday (April 22) in Leicester. The Russian dropped and halted Langford 27 seconds into the fifth round.

This victory makes Khurtsidze the mandatory challenger for Billy Joe Saunders, the WBO world titlist, who had been closing in on a mooted showdown with Gennady Golovkin, pencilled in for June. That fight isn’t in Billy Joe’s near future. First he will have to fight Khurtsidze and that will take place on July 8, most likely in London.

Saunders was not impressed by Khurtsidze’s demonstration of power tonight and said that Langford “should have got on his feet and made him miss and made him pay.”

He continued, “No disrespect to him but I will show you what he is when I fight him. All he is to me is a puffed up Danny De Vito coming forward throwing punches.

“He will never beat me ever and I will make him look stupid.”

Saunders still wants the high-profile fight against a big name like Golovkin. But to get there, he’ll have to get through the threat of Avtandil Khurtsidez first.