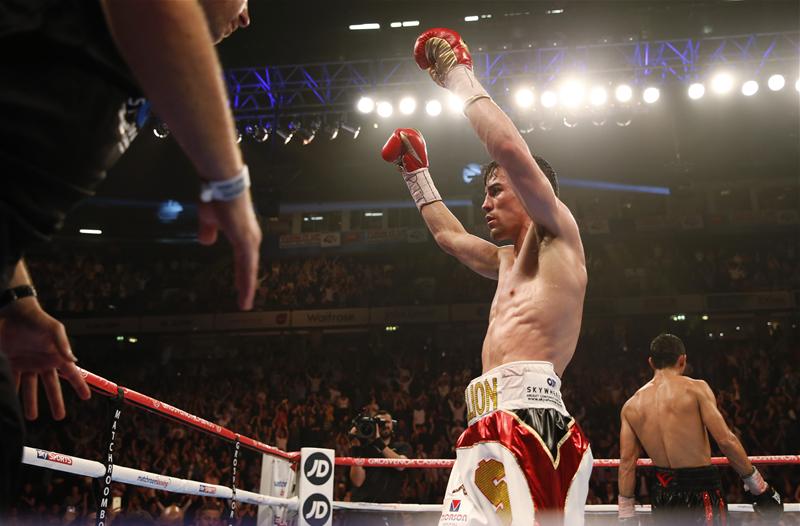 Anthony Crolla 'bitterly disappointed' after being held to draw

IN a bout that perhaps should not have ended the way that it did, WBA lightweight champion Darleys Perez (32-1-1, 20 KOs) retained his world title with a draw against Anthony Crolla (29-4-3, 11 KOs) at the Manchester Arena in England on Saturday night.

Most observers believed that Anthony Crolla – fighting for the first time since being attacked near his home last year – deserved to win.

“I’m bitterly disappointed I’ve not got the world title take to home with me. I thought the deductions swayed it for me,” an upset Crolla told Sky Sports afterwards.

“I had to dig deep and do the crowd proud. I will only come back stronger.

“When this opportunity came I was never going to give it up. But I promise everyone that I will win the world title.”

Perez, however, was deducted one point on two separate occasions for low blows. If not for the deductions, Perez would have won a majority decision – a result which would have been completely unfair on the British fighter. The champion, though, felt he had done enough to win.

“It’s unfortunate that the fight ended in a draw, but sometimes that happens in boxing,” said Perez. “I’m going to regroup from this and come back stronger and more determined.”