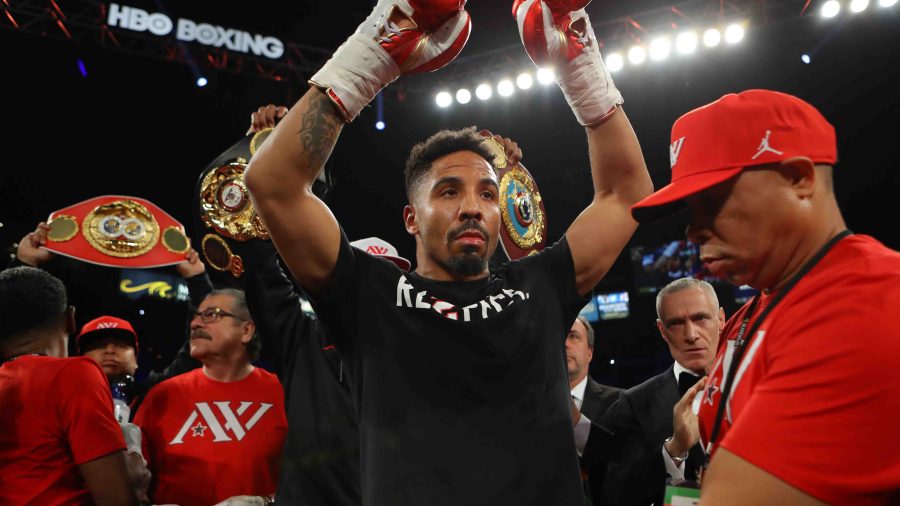 The first half of the contest was a close affair. Kovalev advanced on Ward, bringing his jab to bear and hacking spiteful right hands through.

Ward manoeuvred clear and then ground forward, punishing the Russian on the inside. His body shots visibly drained Kovalev, who frequently complained that punches were landing below the belt.

Ward struck the decisive blow in the eighth round. A heavy right dashed across Kovalev’s chin wobbling him badly. It took a moment for Ward to recognised how vulnerable Sergey was but then the American set about him.

He drove Kovalev into the ropes and folded him over a shot, a punch which a video replay revealed to be low. The Russian slumped into the ropes looking to the referee. He was on his way out but Tony Weeks saw him hurt and waved it off there and then, at 2-29 of the eighth round.

Kovalev didn’t protest much at first but did complain once he had recovered. “He hit me with four low blows. The ref didn’t call them. I felt I could have continued. This is bullshit,” the Russian said.

“We seem to keep knocking down giants one by one,” Ward declared. “I think it was plain to see that I broke him mentally and physically. I’m not a person that demands respect or none of that. You don’t have to respect me and I don’t demand anything, but at a certain point and time, you got to give a person their just do. I’m 13 years in and I’ve been doing it against the best.

“Can I get on top of the pound for pound list now? Is it possible?”

Click here for our ringside blog as the night unfolded