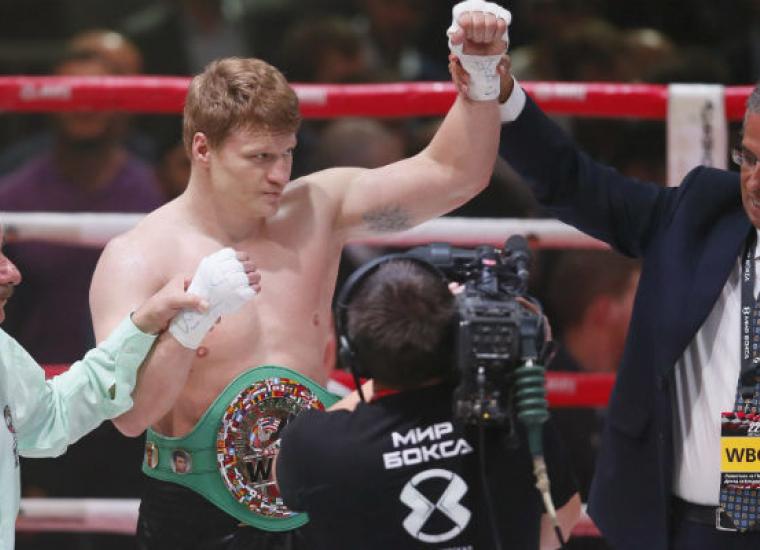 ALEXANDER POVETKIN stole the show on a stacked card in Moscow.

The 35-year-old iced the usually durable Mike Perez inside a round, twice dropping his man in an official WBC final eliminator. The former “regular” WBA heavyweight titlist, beaten only by Wladimir Klitschko, improved to 29-1(21) and last night secured a shot at recently crowned WBC heavyweight boss Deontay Wilder.

Povetkin’s right hand got the job done for him, as he caught southpaw Perez and hurt him badly with just over a minute gone. A second right decked the Cuban and though he beat the count, the 29-year-old was on wobbly legs. Referee Massimo Barrovecchio was criticised by some for not stopping the fight after the first knockdown, with the third man instead allowing a groggy Perez to try and fight on. Soon put down a second time, Perez was crushed with just 91-seconds gone. He is now 21-2-1(13), last night’s defeat marking the first time Perez has been halted as a pro.

Povetkin now awaits the outcome of Wilder’s first title defence, a voluntary, against the seemingly overmatched Eric Molina, which will take place in “The Bronze Bomber’s” hometown of Alabama on June 13th.

But will the fight take place in America, or will Povetkin and his people push for the fight to be held in Russia?

Already, in light of how impressive Povetkin looked last night, some people are doubting Wilder will actually take the fight. Fans the world over certainly want to see it, though.