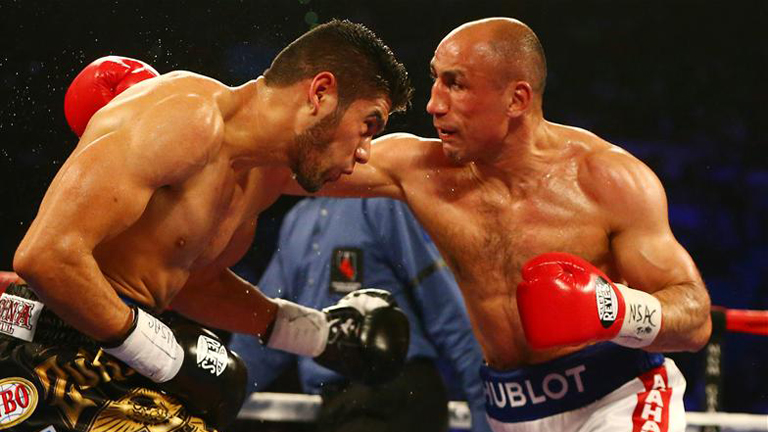 GIOVANNI DE CAROLIS had to work hard to retain his WBA super-middleweight strap against Tyrone Zeuge in Berlin when their 12-rounder was declared a draw, when two scores of 115-115 overruled a 115-114 log for the challenger. On the same bill, Arthur Abraham kept his career alive with an eighth round stoppage of Norway’s Tim Robin Lihaug.

In the main event, Zeuge was the slicker fighter and he looked on course for an upset over the first two rounds as his flashy combinations and intelligent boxing edged him ahead. But the hard-punching champion made himself known in the third and fourth sessions, powerful right hands spearing through.

And so the pattern was set, it became a battle between Zeuge’s speed and the strength of De Carolis, of which supremacy remained elusive.

Zeuge caught the eye early in the rounds, while De Carolis opened up late with clubbing blows in an effort to catch the judges’ eyes. As the high-paced contest roared past the halfway mark, it was the Italian champion who put his foot down, perhaps sensing he was behind, and finished the stronger.

The veteran, coming off a one-sided loss to Gilberto Ramirez in April, boxed patiently and confidently before hooking his Norwegian opponent into defeat when the referee stopped the fight.