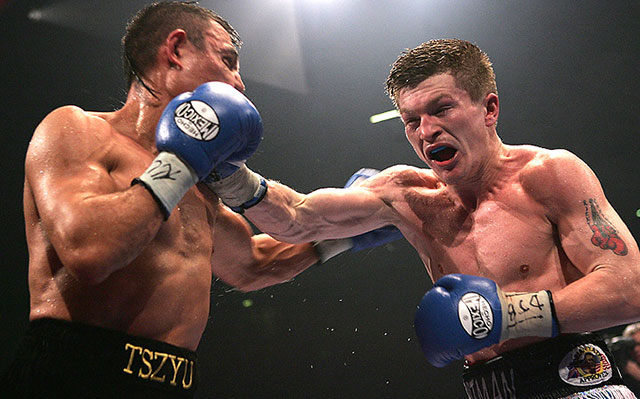 MORE than nine years after their momentous IBF light-welterweight title fight in Manchester, Ricky Hatton and Kotya Tszyu are set for a reunion.

The pair will be the special guests at the Australian National Boxing Hall of Fame dinner in Sydney on November 1.

Organisers are billing it as the first time the pair have got together since that gruelling night  – or should that be early morning – at a charged MEN Arena on June 4, 2005, when champion Tszyu retired on his stool at the end of round 11.

Hatton, now a trainer and promoter, will be in Australia where a number of his fighters are in action next month.

On the undercard at the Hisense Arena is unbeaten heavyweight Lucas “Big Daddy” Browne, who will tune up for what he hopes will be a world title fight next year against old stager Chauncy Welliver.