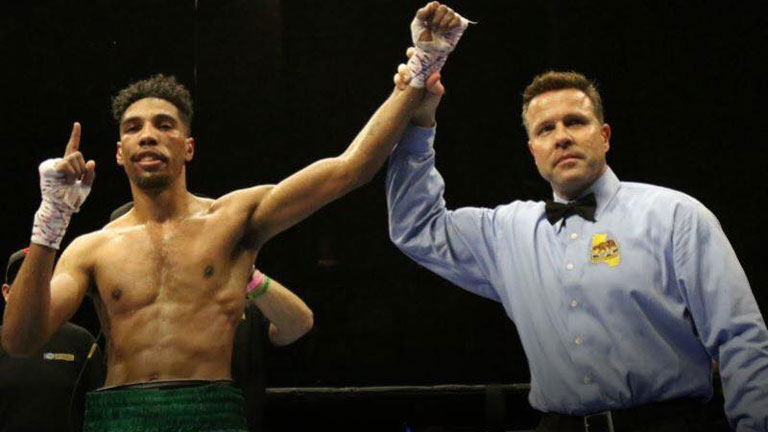 He's boxed with Terence Crawford and Danny Garcia in the amateurs, Jamal James tells Uli Martinez he'll catch them up in the pros

THERE are a few cities in the world that are synonymous with the sport of boxing. Minneapolis and Birmingham are most definitely not on that list but don’t tell that to fast-rising undefeated welterweight prospect Jamal “Shango” James (19-0, 9 KOs), who is aiming to bring renewed glory to his hometown this Saturday night on the Deontay Wilder – Chris Arreola undercard. He will be closing out the Premier Boxing Champions show in Alabama against battle-tested Nigerian brawler, Wale Omotoso (26-2, 21 KOs).

It’s an intriguing stylistic matchup that is sure to test the Minnesota native as he aims to continue his climb up the 147 lb. ranks. “He’s going to be a tough opponent.” James said of Omotoso. “When you’re trying to be a world champ, you can’t be picking and choosing easy guys and then think you can step up to the championship level. But we’ve fought guys like him before and I feel like I’ll be able to out-box him and catch him with some nice stuff.”

James, 27, was propelled into the spotlight in September of last year when his undercard bout against Juan Carlos Abreu was elevated to main event after the headliner was scratched just days before the weigh-in.

The prognosis for Saturday’s bout appears to be similar to what was on display last fall in Florida, when we saw the typically patient and methodical James lured out of his cerebral game plan and thrust into a fire-fight with the feisty Dominican.

Both fighters, sensing an opportunity to shine at the top of the bill, scrapped for the better part of the fan-friendly affair but it was James who landed the better shots throughout the fight- the “nice stuff” as he calls it. His instincts, coupled with the tactical adjustments prescribed in his corner by trainer Sankara Frazier, paved the way to a clean unanimous decision victory.

He followed up on that performance with a one-sided rout of former Olympian Javier Molina, again as the headliner and, this time, under the bright lights in Downtown Los Angeles.

James has shown that he can bang when the fuse is lit but he also possesses the discipline to stick to a game plan, tweaking his approach only when the situation, and his opponent’s style, call for it. Think Paul “The Punisher” Williams with a dash of Andre Ward. Or is it the other way around?

On paper, James-Omotoso seems to offer the same level of excitement that both fighters have become known for. Omotoso went the distance with current WBO Welterweight Champion, Jessie Vargas, and red-hot contender Sammy Vasquez Jr. in fan friendly fights that gained him plenty of admirers, although he came up short on both occasions.

This Saturday night, he faces another tough test in Jamal James, who will tower over him by over four inches and walk into the ring with the swagger of a man undefeated.

When pressed about his ability to continue competing in the welterweight division, despite being nearly half a foot taller than a lot of the guys in the top 20, James stated “I feel really good at this weight. I’ve received these god-given gifts of being tall and being rangy and being able to use that to my advantage (so) I’m going to keep campaigning at this weight and see how far we can take it. I’m coming for a world title.”

Watch the interview below: