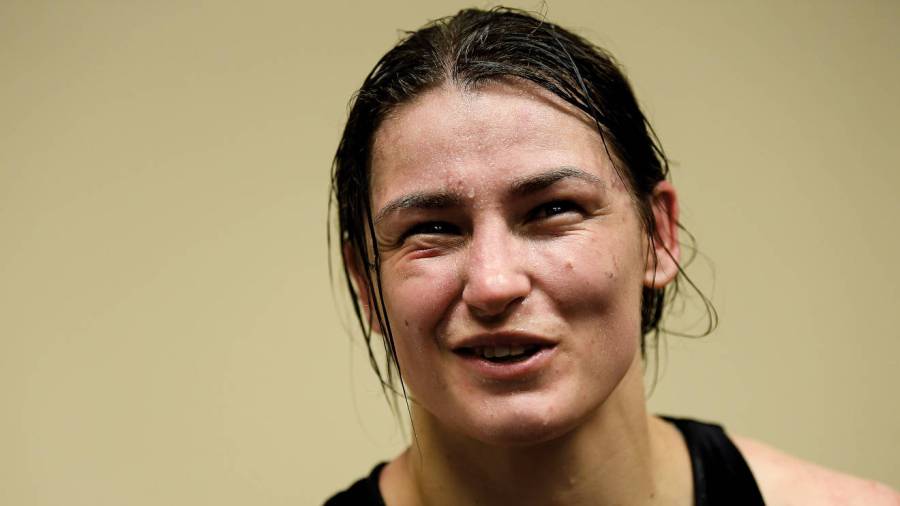 Katie Taylor wins the award for female fighter of the year

1. Katie Taylor
Some say she’s slipping ever so slightly from her peak. Regardless, Taylor wins this award for the fourth year in a row, which is an incredible achievement. The 35-year-old won a sumptuous clash with the world class Natasha Jonas in May before dominating Jennifer Han and Firuza Sharipova. A true great of the modern era.

2. Mikaela Mayer
The 2016 Olympian had a stellar 12 months and was unlucky not to get the number one position here. Her year began in June with a 10-round points win over Érica Anabella Farías but it was the November barburner with Maïva Hamadouche that elevates her so high. In a mesmerising battle, Mayer and Hamadouche went toe-to-toe. It is destined to be remembered as one of the best of all female fights.

3. Jessica McCaskill
The McCaskill story continues to inspire. After shocking all-time great Cecilia Brækhus in 2020, she proved it was no fluke in 2021. “The First Lady” was much improved but still couldn’t get the better of McCaskill, who is now one of the premier fighters in the women’s game. She followed that win, for all the gold at welterweight, with an emphatic seventh-round beatdown of Kandi Wyatt in Las Vegas.

4. Amanda Serrano
One of the classiest operators in the female code, Serrano scored three impressive wins in 2021. While down at featherweight, she won and defended belts with victories over Daniela Romina Bermúdez (ko 9) and Yamileth Mercado (pts 10) before moving up to lightweight, and securing a 2022 showdown against Katie Taylor, with a one-sided points victory over Miriam Gutiérrez in December.

5. Alycia Baumgardner
Wildly under-estimated as she made the trip from her home in Bingham Farms, Michigan to Sheffield, Baumgardner was a revelation when she challenged big favourite Terri Harper in November. Nicknamed “The Bomb”, Baumgardner launched one that exploded in Harper’s face and left her motionless, barely conscious but still upright. A bizarre, unexpected and frightening arrival.

BRITISH FEMALE FIGHTER OF THE YEAR 2021