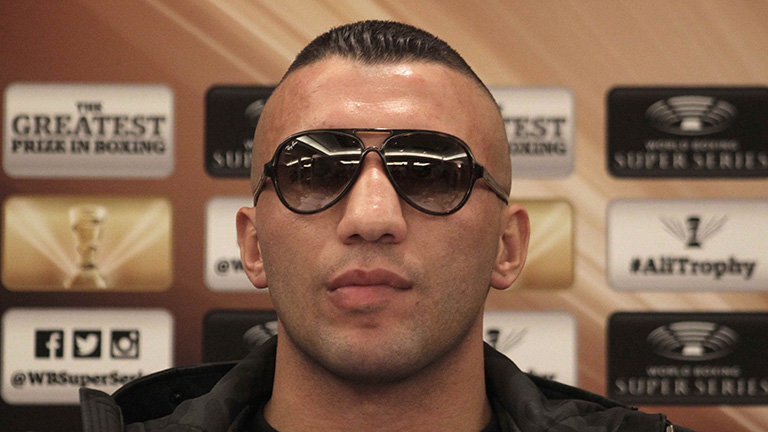 IT wouldn’t be a week in boxing without a couple of failed performance-enhancing drug tests and this week delivers on a Friday.

According to the WBC, both Avni Yildirim and Heather Hardy have failed drug tests conducted by the Voluntary Anti-Doping Agency (VADA).

A statement revealed Yildirim’s A sample from a September 13 test in Big Bear, California gave an adverse analytical finding for the presence of DHCMT/methylclostebol. It explained: “Yildirim and his team voluntarily agreed to hold an immediate evaluation meeting with an expert scientist approved by the WBC to conduct an in-depth analysis of the situation at hand.

“The WBC considers those steps necessary to achieve a conclusion of the matter consistent with the WBC Rules and Regulations and with the WBC CBP Protocol. The WBC will make an announcement in the near future about the results of its investigation and evaluation, and about the disposition of this matter.”

Yildirim, a Turkish super-middleweight, lost a 10-round technical decision – due to cuts – against Anthony Dirrell in February but remains highly ranked by the WBC.

Hardy, meanwhile, delivered an adverse analytical finding in an A sample collected on September 12 test in Brooklyn, New York. The substance found was Furosemide.

On September 13, the day after the sample was provided, the popular New Yorker lost a 10-round decision against WBO featherweight champion Amanda Serrano. She took to social media to write: “My Vada test results just came back, negative for Performance Enhancing Drugs, but detected a prescription drug used to treat kidney and heart problems.

“I told the testing and med professionals what I took heading into the fight, a prescription med for period symptoms. They acknowledge this, and my team is getting to the bottom of the findings.”

Serrano, though, is far from happy. She wrote: “I’m furious right now! I’ve been respectful to @HeatherHardyBox from day 1. Come to find out her test came back dirty. Mine was posted yesterday CLEAN! I’ve never cheated in my life. People’s lives are at risk when things like this happen. @loudibella, I want answers like yesterday.”

It was then Hardy got angry and began using ALL CAPS.

“I AM NOT DIRTY PERIOD!” she wrote to Serrano. “DON’T SPREAD RUMORS!! You SAW the results: My test came back NEGATIVE FOR PERFORMANCE ENHANCING DRUGS. A PRESCRIPTION drug was detected, that is NOT a PED!!!  I pushed for this test from day ONE!”

Still, at least nobody left behind bottles of drugs and syringes in a fight hotel this week. Oh.

WBC heavyweight champion Deontay Wilder maintains Andy Ruiz Jnr will defeat Anthony Joshua for a second time on December 7 in Saudi Arabia and says the Mexican’s hunger will be enough to stave off the possibility of him taking his foot off the gas following his upset win in June.

Wilder faces Cuban southpaw Luis Ortiz in a rematch of his own on November 23 but could be in line to face the winner of Ruiz vs. Joshua II if he comes through unscathed. Of the two it’s Ruiz, the current WBA, IBF and WBO champion, he expects to one day fight.

“I think Ruiz got all the confidence and motivation that he needed in the first fight,” Wilder told Sky Sports.

“Look at what his life has done. I don’t think he’s someone that is going to dwell on obtaining a little bit of a taste of success. Making a million, three million, whatever the purse was, it’s just the beginning, especially when you become a champion.

“And you can’t get caught up into thinking, “Oh, three million!” You have to think, if you can get that, you can get more. But you’ve got to stay hungry.

“It’s like my man [Marvin] Hagler said: ‘You can’t get out of bed in silk pyjamas.’ That’s what it is. You get too lazy, and you get so comfortable, you feel like you’ve made it.

“So he can get lazy, but with the win that was a big booster and I think he’s got a lot of people around him – especially the Mexican people – that’s every day reminding him.”

Regardless of who triumphs in Saudi Arabia later this year, it’s imperative Wilder, should he remain WBC heavyweight champion, meets them at some point in 2020. And providing the ‘Bronze Bomber’ is a man of his word, and truly knows the meaning of hunger, there should be no reason why this doesn’t happen.