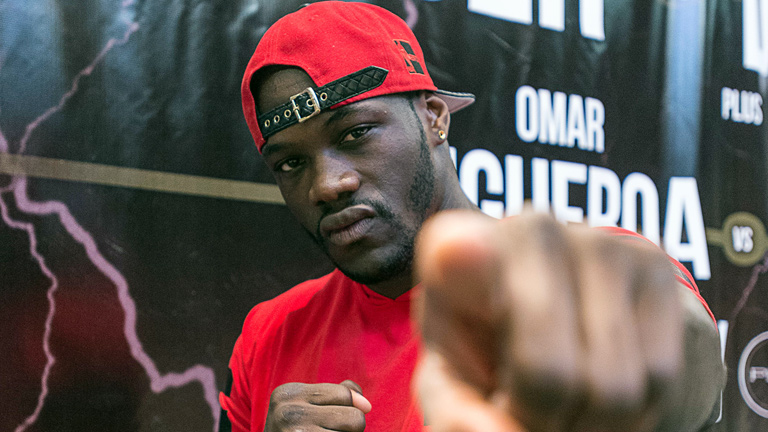 Deontay Wilder is heading to Belfast this week ahead of a potential fight with Tyson Fury, and Joseph Parker and Lucas Browne could lock horns in New Zealand

WE’RE used to seeing victims of Anthony Joshua join forces to lick their wounds, but now it seems entirely feasible two of Dillian Whyte’s victims could be about to fight.

Joseph Parker, 26-2 (18), and Lucas Browne, 25-1 (22), both beaten by Whyte this year, are exploring a potential fight in New Zealand, according to Parker’s promoter, David Higgins.

As well as making sense in New Zealand, a possible Parker vs. Browne fight would be a vital one for both; a fight neither can afford to lose. Parker, after all, is on a run of two straight losses, albeit to Whyte and Anthony Joshua, while Browne was brutally knocked out by Whyte in March. Therefore, it’s fair to say they both need a win more than they’ve ever needed one before.

Realistically, it’s more likely to happen in 2019 rather than this year because Browne has a fight scheduled against Julius Long in Queensland on September 28, and Parker, defeated less than a month ago, is keen to get back in the win column before the end of 2018.

After that, though, a Parker vs. Browne fight is undoubtedly the one to make.

If we know anything about Deontay Wilder it’s that he doesn’t tend to make pointless trips across the Atlantic.

Five months ago, the man from Alabama couldn’t be bothered making the journey to Cardiff, when invited to watch Anthony Joshua and Joseph Parker unify the WBA, IBF and WBO heavyweight titles, and left many, including Joshua and his promoter, disappointed.

Seat left empty, Wilder, the WBC heavyweight champion, offered no apology and instead seemed annoyed that he should have to attend a Joshua fight and be treated as a second class citizen – which is to say, confined to a seat at ringside, and not allowed to immediately get in the ring and call out his rival. So, he rebuffed the invite, stayed at home and, in doing so, let it be known a fight with Joshua was still some way off.

This Saturday, however, Wilder will apparently do what he perhaps should have done in March. He will make the trip – to Belfast rather than Cardiff – and be in the presence of one of his main heavyweight rivals.

Only it won’t be Anthony Joshua with whom he trades verbals at Windsor Park. Instead, the man deemed worthy of Wilder’s attention is Tyson Fury, the former heavyweight champion of the world set for comeback bout number two against Francesco Pianeta.

Belfast, Ireland tha #BombZquad will be in the building this weekend looking forward to you all.#AllPositiveEnergy??

Rest assured, Wilder isn’t making the trip because he’s interested in watching Fury vs. Pianeta. Nor is he doing it to make up for his no-show in March.

Conversely, should Wilder end up in a ringside seat in Belfast on Saturday night, it will be because a potential fight against Fury, rumoured for November or December, is closer than we think. It’s because actions speak louder than words. It’s because an announcement might be imminent.

In short: if he’s there, get excited. Get very excited.

“One hundred per cent the plan is to fight Wilder before the end of the year,” Fury said on a conference call ahead of his fight with Pianeta.

“I don’t know why people don’t listen. We’ve said it a hundred times: fighting Wilder is going to happen, it’s not a publicity stunt.

“What would Wilder have to gain from saying he is going to fight me? Nothing. He’s not coming to Belfast for the fun of it.

“If the fight wasn’t happening, I wouldn’t say it is happening. If I get past Pianeta, the fight is on. It’s on like Donkey Kong.”