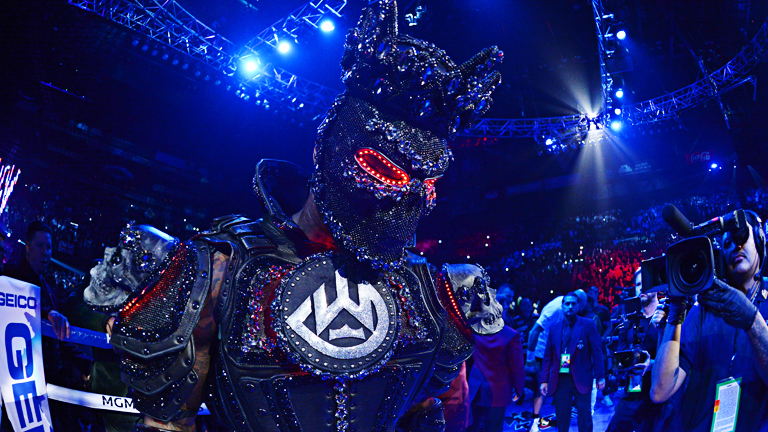 Deontay Wilder suggests he would still be WBC heavyweight champion if he hadn't worn a costume to the ring, and Sergey Kovalev is in trouble again

FORMER WBC heavyweight champion Deontay Wilder once knocked out a man wearing a costume as part of a television show segment.

Now, years later, the costume has gained its revenge.

According to Wilder, the reason he lost his WBC title to Tyson Fury on Saturday (February 22) in Las Vegas had nothing to do with the work of the ‘Gypsy King’ but instead had everything to do with the costume, all 40 pounds of it, he wore on his way to the ring.

This choice of clothing left Wilder feeling heavy-legged and weary before a punch had even been thrown. It set up Fury’s stoppage victory in the seventh round. It had the last laugh.

“He didn’t hurt me at all,” Wilder told Yahoo Sports. “But the simple fact is my uniform was way too heavy for me.

“I didn’t have no legs from the beginning of the fight. In the third round, my legs were just shot all the way through.

“I was only able to put it on [for the first time] the night before but I didn’t think it was going to be that heavy. It weighed 40-some pounds with the helmet and all the batteries.

“I wanted my tribute to be great for Black History Month. I wanted it to be good and I guess I put that before anything.”

In December, Andy Ruiz Jnr lost his world heavyweight titles due to a love of fast food and Mexican beer. The combination produced 40 pounds of weight he could have done without before Anthony Joshua then showed why Ruiz needed to be 40 pounds lighter with a clinical performance over 12 rounds in Saudi Arabia.

If only Ruiz, like Wilder, had the luxury of removing those 40 pounds before the first bell.

The controversial Russian, who is already facing a felony assault for allegedly punching a woman in the face in June 2018, was arrested on a DUI charge in Los Angeles early Monday morning (February 24).

According to TMZ, Kovalev was pulled over by the California Highway Patrol at around 2 am and taken to a nearby station where he was booked for DUI. Records show Kovalev, 36, was then released on his own recognizance around 7:35 AM.

Sadly, ‘The Krusher’s brushes with the law continue.