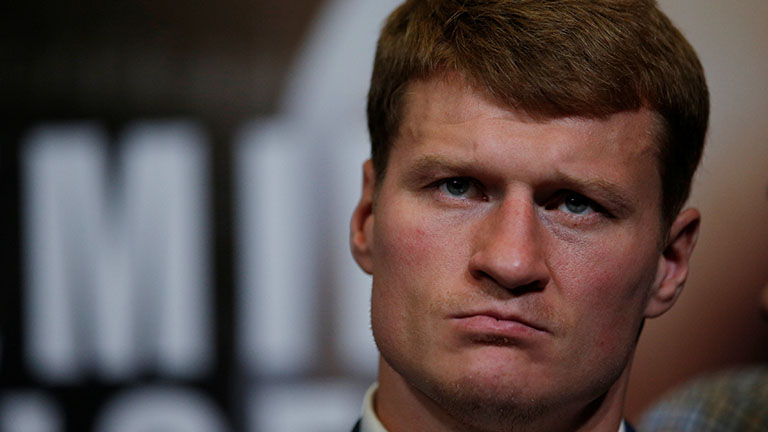 Dillian Whyte wants to fight Alexander Povetkin rather than Andy Ruiz Jnr, and Billy Joe Saunders is getting bored waiting for Canelo Alvarez

DILLIAN WHYTE fully expects to face Alexander Povetkin the next time he sets foot in a boxing ring and insists the Russian is a better opponent than Andy Ruiz Jnr, the former world heavyweight champion with whom Whyte has also been linked in recent weeks.

Both Whyte and Povetkin have a chequered history when it comes to performance-enhancing drugs yet their form of late has been decent enough. White has won 11 in a row since losing to Anthony Joshua back in 2015, while Povetkin has only ever lost to Joshua and Wladimir Klitschko and boasts wins on UK soil against both Hughie Fury and David Price.

Given this familiarity with UK fans, Povetkin seems a sensible choice for Whyte’s next opponent.

“It looks like it’s going to be Povetkin,” Whyte told Sky Sports. “I think he’s a better opponent than Andy Ruiz, because one thing about Povetkin, he will come in shape, and he will be motivated to fight.

“I just want to get a high-level guy to fight.”

It’s certainly now fashionable to knock Ruiz given his performance first at the weigh-in and then during a December 7 fight against Anthony Joshua in Saudi Arabia. It’s easy, too, to assume that the world’s first heavyweight champion of Mexican heritage will now eat himself further into oblivion and therefore become useless even as a contender, let alone champion.

Yet if there’s one thing Ruiz has that Povetkin doesn’t it is this: a clear conscience.

Which is to say, yes, Ruiz may have fallen apart when he needed to defend what he had worked so hard to attain, but at least his copy book is clean, and at least his world champion status was, if brief, totally legitimate.

For that reason alone one only hopes he gets a second chance, the kind so freely handed to drug cheats and others with transgressions far worse than ill-discipline.

Though the fight looks more and more unlikely to happen, Billy Joe Saunders is bringing out all the stops in an attempt to lure Mexican superstar Saul ‘Canelo’ Alvarez into a boxing ring in 2020.

He has stressed he is not asking for too much money. He has shown a willingness to fight Alvarez in his native Mexico and on Cinco de Mayo (May 2) no less. He has now even revealed a fight against Callum Smith, the other Brit in the running to land an Alvarez opportunity, is an appealing Plan B should Alvarez continue to mess him around.

It’s not quite a case of Saunders strong-arming Canelo – he would need to be in a position of strength for this to happen – but clearly the WBO super-middleweight champion is running out of patience.

“I’m up for the fight and I’ve not priced myself out – I’ve asked right,” Saunders told Sky Sports. “I’m willing to travel for Cinco de Mayo. I can only do so much. I can only offer myself. If they really want to fight then let’s get it on – we’ve got 12 weeks.

“I would go to Mexico, if they want, as long as they have got a fair square ring. Let’s see who the best is. I fear no man. If they want to fight, I’m ready to fight. I’m the WBO super-middleweight champion – he’s a three-weight world champion, not four (Canelo includes the WBA regular super-middleweight title he won against Rocky Fielding) like he keeps saying. I wanted to be busy, I wanted to be out mid-February, but the Canelo fight got mentioned and you have to have patience. If it happens, it happens; if it doesn’t, it doesn’t.

In fully committing to the Canelo Alvarez lottery, you must also sacrifice certain privileges – namely, control and time. Sure, the upside is gargantuan and life-changing, but the downside if you are rejected is a whole lot of wasted energy and months.

Which is why Billy Joe Saunders, wise to how this game works if little else, seems to be sensing bad news ahead of time and why he is preparing to counterpunch – or at least profess to see what’s coming – before he is left out in the cold.