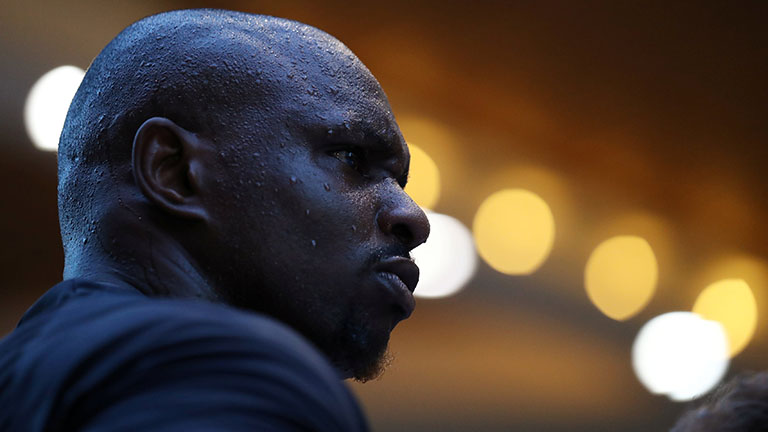 Dillian Whyte says he should be above Oleksandr Usyk and Tyson Fury in WBO rankings, and Devin Haney tempts Gervonta Davis to lightweight

DILLIAN Whyte’s simmering anger will work in one of two ways. He will either use it as fuel to put on a career-best performance against Colombian Oscar Rivas on July 20 in London, or he will let it get the better of him and leave himself open to being on the receiving end of a shock defeat.

There’s more, too. Dillian Whyte is angry with the WBO for installing Oleksandr Usyk, a former WBO cruiserweight champion yet to even fight as a heavyweight, as their mandatory challenger for Ruiz’s WBO crown.

“I can’t get over the fact the WBO have made Oleksandr Usyk mandatory challenger for their heavyweight title,” he told TalkSport. “It’s a joke, pure and simple. I get that he was the undisputed cruiserweight champion, but at least let the man have a fight at heavyweight first. You can’t just hand it to him. But this is boxing, it’s full of nonsense. If you let yourself get bogged down in the politics and the hype then this sport will make you lose your mind.

“Usyk is supposedly injured now and he didn’t even apply for the mandatory position until after Anthony Joshua lost to Andy Ruiz Jr. These guys want to pick and choose. He’s looking at Ruiz Jnr and thinking, ‘I can beat him,’ but he wasn’t saying that when Joshua was champion, was he?”

It’s not just Usyk’s arrival that has irked Whyte, 25-1 (18), in recent weeks. The emergence of Tyson Fury at number two in the WBO rankings has served to not only confuse Whyte but relegate him to number three. Safe to say, he isn’t best pleased with that, either.

“They have just parachuted a novice heavyweight into the number one spot before he’s even had a fight and added further insult to injury by slotting Fury in above me for beating Tom Schwarz. It’s beyond a f***ing joke,” Whyte said.

“Fury hasn’t beaten anyone of note since returning from his steroid ban. Sefer Seferi, Francesco Pianeta and Tom Schwarz are all nobodies.

“Wouldn’t it be funny if the WBO title gets vacated and they call Usyk against Fury for the belt? Just watch Fury run like he did from me when the WBC ordered him to fight me for the diamond belt at his request. ‘Gypsy King’, my a**e. Run Gypsy Coward, run!”

Whyte has done plenty of shouting and screaming of late, some of it understandable, most of it futile. One only hopes he has left his best stuff for July 20 against Oscar Rivas. Because, chances are, he will need it.

Though just 20 years of age, Devin Haney, arguably the hottest prospect in America, isn’t afraid to say what’s on his mind, nor does he seem keen on taking his time.

The lightweight prospect, known as ‘The Dream’, was last seen stopping Antonio Moran inside seven rounds to retain and collect a glut of ultimately meaningless international titles but is targeting bigger and better things this year and next.

His next fight, in fact, could be against Zaur Abdullaev, mooted for September, and that, a match against a fellow ambitious up-and-comer, would be just the ticket. Abdullaev, 11-0 (7), a Russian with a WBC silver lightweight title, has some hype of his own, presumably dreams of his own, and therefore the clash, even at this early stage, makes complete sense.

“Nothing is guaranteed as of now, but that’s what we’re negotiating right now,” Haney, 22-0 (14), told BoxingTalk. “I look forward to that happening, but nothing is done yet.

“I actually watched a lot on him because I thought I was going to be fighting him before Antonio Moran. I did a lot of studying on him.”

Another man with whom Haney is familiar is Gervonta ‘Tank’ Davis, the WBA super-featherweight champion from Baltimore, Maryland. Davis, himself a future star of US boxing, is still only 24 years of age yet is a rung or two further up the ladder than Haney at this point – not that Haney seems to care.

“Tell ‘Tank’ Davis to come on up to 135 and let’s make something big happen next,” he said. “I’m willing to bet $1 million on myself. Is he? Put your money up! I don’t know how much he’s going to make on his next fight, but I’ll put $1 million on myself that he can’t do nothing with me.”

There has been a dearth of quality, young American boxing talent in recent times. However, in the shape of Haney and Davis, as well as champions like Terence Crawford and Errol Spence Jnr, there appears to be a turning of the tide. A most welcome one.