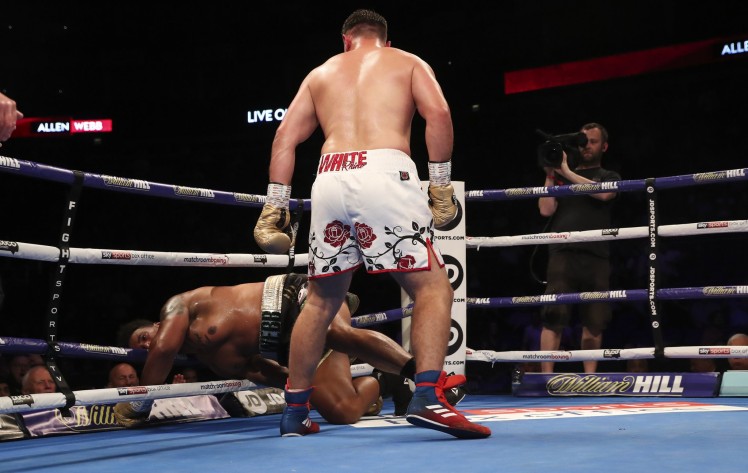 Dave Allen is banging the drum for a Lucas Browne clash, Callum Johnson would one day like another crack at Artur Beterbiev, and Off The Gloves podcast launches

FRESH from an eye-catching fourth round knockout of Nick Webb in July, popular British heavyweight Dave Allen is on the hunt for a high-profile, meaningful fight.

His next one, booked for Saturday (October 13) in Newcastle, is about as far removed from that as you can get, but he hopes, should he beat the unheralded German Samir Nebo, there will be better options ahead.

Ideally, Allen says, a December date against Lucas Browne, a former WBA heavyweight champion, would be next on the agenda.

“He’s old enough to be my dad, but Lucas Browne is a tough, strong, powerful man.

“I think if the fight happens next, it will be at the right time for me. I’m young, fresh, and I’m coming through. He was the heavyweight champion of the world, but I’m the future, and I think it would be a fantastic fight. I’ll take the Browne fight in December. I’m ready for it.

“I need to beat Samir Nebo in devastating fashion. The Lucas Browne fight is one that excites me.”

If there’s one thing we know about today’s heavyweight division it is this: big personalities make for big fights and, whether a title is on the line or not, whether the fight itself means much or not, big money can be generated in the process.

For this reason, as well as the fact ‘The White Rhino’ and ‘Big Daddy’ have cultivated quite the online fan base, it would make sense to see them together in a ring at some point.

Callum Johnson is still licking wounds from a punishing fourth round defeat to IBF world light-heavyweight champion Artur Beterbiev on Saturday (October 8) in Chicago, yet this hasn’t stopped the Boston puncher, who performed admirably in defeat, imagining what might happen if given the chance to box the Russian again at some point in the future.

Not immediately, no, but eventually.

“I did well, and I had my moment,” Johnson told iFL TV after the fight. “I just came up short against a better guy. I think with a little more activity, I could have done better and maybe got him out of there when I had the chance.

“In the not too distant future, I’d like to get in there with him again. I’d like to get couple of more fights in, stay active, and maybe win the British and European titles, and then get another fight with him.

“I do believe on my day, if I perform the best I can perform, I can beat him. I think I proved that even last night, but I don’t think I performed at my best. I think it was one of those fights where whoever landed first [would win]. He landed first, I landed second, and then it was all done. I’m proud of myself.

“He got his shots off and was the better man on the night. I’ll fight anybody in the world as long as it makes sense financially. Nobody wanted to fight him. Nobody has ever taken him in deep waters like that. It was a four-round slugfest, and four rounds where no one knew who was going to win.”

In dropping Beterbiev heavily in round two, Johnson did indeed take the Russian into uncharted territory. He also elevated his own name and profile and all but guaranteed another chance – whether against Beterbiev or someone else – will one day come his way.

And finally… a boxing podcast, Off The Canvas, has been launched to coincide with World Mental Health Day on October 10, and will attempt to encourage men to talk about mental illness by showcasing the stories of fighters who have managed to overcome this toughest of fights.

There will be a different episode released every day this week and the idea is that several boxers will explain their battles with mental health.

Included among the guests are recent Carl Frampton opponent Luke Jackson, a former Olympian who continues to manage his obsessive-compulsive disorder (OCD) that once nearly pushed him to suicide, as well as Leon McKenzie, the pro footballer turned fighter whose battles with mental health are well-documented.

In addition to Jackson and McKenzie, there will also be conversations with former European super-bantamweight champion Spencer Oliver, now a respected Sky Sports pundit, and up-and-coming light-heavyweight Charlie Duffield, whose brother tragically took his own life.

“The aim for Off The Canvas is to ultimately use the platform of boxing to try and raise awareness of issues of mental illness within a predominately male audience,” said Paddy Hobbs, co-creator of the podcast.

“We’ve been incredibly fortune that some amazing guests have agreed to come on and speak to us so openly on topics that are clearly very personal to them. If the podcast series has some kind of positive impact on just one person, then we’ll see this as a massive knockout success.”

With mental health issues a growing concern among men, the podcast, hosted by Nik Hobbs, is both important and timely, and anyone involved in boxing, this so-called loneliest sport in the world, should be encouraged to give it a listen. Subscribe here.