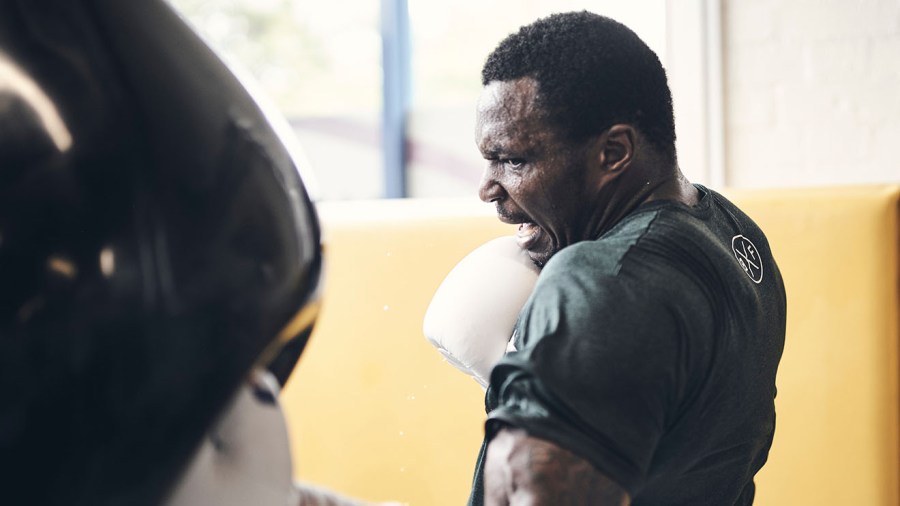 Dillian Whyte is happy to trade punches and kicks with a couple of mixed martial artists, and Tyson Fury and Deontay Wilder could have a new date

BOXERS calling out mixed martial artists, and vice versa, has always smacked of desperation but never more so than during a worldwide pandemic.

With a whole host of fighters itching for a fight, any fight, and more importantly a payday, it should come as no surprise that Dillian Whyte, the heavyweight boxer with a May 2 boxing match likely to get cancelled, is eyeing up future fights against a couple of UFC [Ultimate Fighting Championship] heavyweights.

In a video interview posted on his YouTube channel, Whyte, who has a kickboxing background, called out current UFC heavyweight champion Stipe Miocic, then proceeded to label top contender Francis Ngannou a “coward”.

“I’ll fight Stipe Miocic,” said Whyte, who is somehow still scheduled to fight Alexander Povetkin in a 16,000-seater arena on May 2. “I’ll kick him in the face. I’ll give Stipe one of these [elbows]. All I’ve got to do with Stipe is just keep him moving. He’ll just try take me down, he might go to sleep before I go down though.

We knew it was no longer happening on July 18, and we knew Bob Arum, the fight’s promoter, wanted it in October, but now, according to Mike Coppinger of The Athletic, a third fight between heavyweights Tyson Fury and Deontay Wilder will take place on October 3 in Las Vegas.

Or at least that’s the plan – the latest one. But if there’s one thing risky to do – admittedly, not the riskiest thing to do – during the coronavirus pandemic it is making plans and expecting anything other than scepticism.