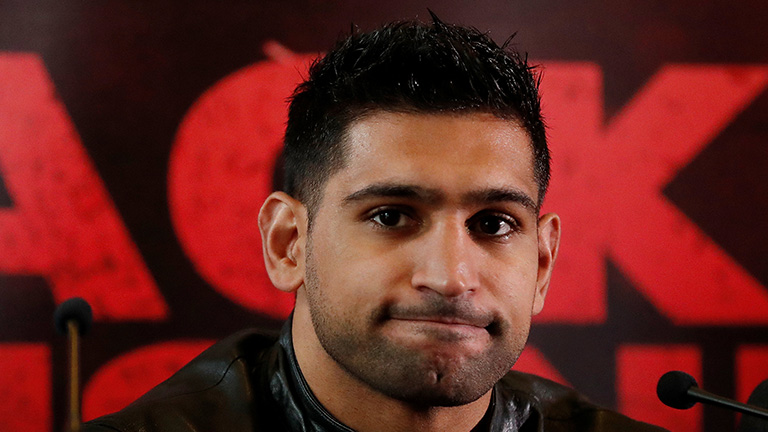 Burnett, Tete and Rodriguez sign up for WBSS, Khan wants to make Ramadan fun, and Muhammad Ali finally gets his professional license

There were only two boxers in attendance, and only three named, but promoter Kalle Sauerland revealed at a press conference in central London today (May 9) that the second season of the World Boxing Super Series will feature a bantamweight tournament.

According to Sauerland, the deal to get Burnett on board was still being thrashed out as the press conference was due to start, hence the Irishman staying home and making it two from eight. The promoter assured everyone, though, that the Burnett deal was eventually finalised and that three of the four world bantamweight champions would compete in the tournament (the fourth title, the WBC, is soon to be contested by Nordine Oubaali and Tassana Sanpattan following former champion Luis Nery’s weight issues).

Sauerland also announced there will be two other weight classes added to season two of the World Boxing Super Series, with rumours gathering pace that junior-welterweights and even cruiserweights – the runaway stars of season one – might also get some tournament shine in 2018 and 2019.

No, this doesn’t mean he wants you to receive an overhand right from Saul ‘Canelo’ Alvarez in the middle of a boxing ring. Nor does it mean he wants you to engage in a five-year slanging match with Kell Brook. Instead, Khan is inviting his Twitter followers to fast with him during Ramadan.

The former WBA and IBF super-lightweight champion, buoyed by a 59-second demolition of Phil Lo Greco in Liverpool, has said he will pick out names of people who express interest on the social media site.

Ramadan is only days away. I want to invite some people from twitter to fast with me the full day, then break fast and eat with me. I will pick out some names soon ? #Ramadan #Fasting #Eating

He explained: “Ramadan is only days away. I want to invite some people from Twitter to fast with me the full day, then breakfast and eat with me.

“I will pick out some names soon.”

Just imagine if fights were this easy to make. Arrange a date, announce said date, and then pick a name from a hat.

If boxing worked like this, Khan and Brook would be having their trilogy fight right about now.

And finally… Muhammad Ali is no stranger to fighting the powers that be. It was one of many things that came to signify his legacy. But Muhammad Ali from Rochdale isn’t that Muhammad Ali, nor is he the Muhammad Ali who once boxed on the GB squad in the amateur ranks and is now serving a two-year ban for using performance-enhancing drugs.

No, this Muhammad Ali – Muhammad Ali Zahid, to be exact – has spent the last three years trying to get a professional boxing license from the British Boxing Board of Control (BBBoC), but experienced difficulties because of his diabetes.

To his delight, he was finally granted one today, following years of back-and-forth with the Board, and will now make his professional debut in the not-too-distant future.

“I am the first British boxer with type 1 diabetes to be granted a professional licence by the board,” he said.

“Three years ago, my case was put to bed and I was denied a license. However, with the support of my manager and advisor, Asad Shamim, and medical doctor Ian Gallan, a leading UK consultant in diabetes, we have today made history in British boxing.

“I cannot wait to enter the arena of world boxing as a professional boxer and will soon be announcing my professional debut fight. I am very passionate to do my country proud.”

Ali, 24, has seemingly done all he can to get a license, including social media campaigns and even petitions. Only recently, in fact, he and a number of family and friends held a peaceful protest in Cardiff ahead of Anthony Joshua’s world heavyweight title fight with Joseph Parker, carrying placards that read “Justice for Muhammad Ali” and “Urgent Review Needed of BBBOC Regulations”. He even encouraged Robert Smith, the Board secretary, to step down from his position.

But whatever issues prevented Ali getting a license in the past have now seemingly been resolved and the boxer, who has continued his ring education despite years of frustration, is today free to become the pro he has always wanted to be.

Hi Guys, I just want to share some fantastic news. I have been granted my Professional Boxing License by the British Boxing Board Of Control. I would like to thank you all for your support and well wishes. Can’t wait to get in the ring for my professional debut! ? pic.twitter.com/L9psuV08GO