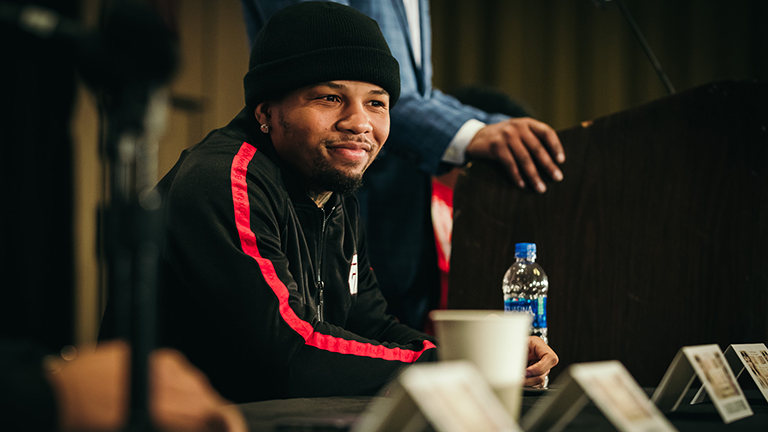 Gervonta Davis hands himself into the police following disturbing video, and Alejandra Jiménez is no longer recognised as WBC super-middleweight champion

THE World Boxing Council (WBC) are deciding not to recognise Mexican Alejandra ‘Tigre’ Jiménez as their super-middleweight champion due to the adverse finding she posted prior to a January 11 title win against Franchon Crews Dezurn.

They are waiting for a final determination on this result, so Jiménez could still be reinstated, but for now all we know about the test is this: an A-sample of her test taken on January 10 came up positive for the banned steroid stanozolol, after which Jiménez, confident she never took anything forbidden, requested the opening of her B-sample. This will be carried out by the Voluntary Anti-Doping Agency (VADA) on February 19 and until then Jiménez will have to make do with being only the WBO super-middleweight champion. (The WBO have offered Jimenez the chance to submit an explanation as to why they shouldn’t strip her of their world title.)

“Due to the adverse result, the WBC will provisionally suspend the recognition of super-middleweight world champion Alejandra Jiménez until the investigation of the WBC and the process is finished,” the agency revealed to ESPN Deportes.

A video of Gervonta Davis grabbing the throat of his daughter’s mother sent shockwaves through the boxing world and beyond this past weekend. Viral in every sense of the world, the clip, taken at a charity basketball game, led to first widespread outcry online and then Davis, the WBA lightweight champion, turning himself into the police on Tuesday.

Davis, a two-weight world champion at 25, has since been charged with one count of battery domestic violence by the Coral Gables, Florida police department.

“As the result of an ongoing investigation,” the police report read under a mugshot of Davis, “after being notified through social media and the victim, on February 1, 2020, the above pictured subject was observed battering his former girlfriend with whom he has a child.”

Davis is undefeated in 23 pro fights and the current WBA lightweight champion. He has had more problems outside than the ring than he has so far experienced inside it and rather than learn from the mistakes of his heroes seems to regrettably be heading down the same path as them.