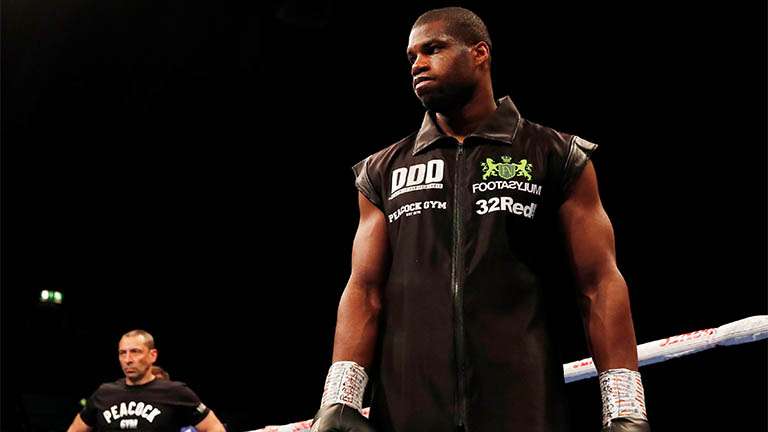 IF we are to believe Frank Warren, an announcement regarding the intriguing all-British heavyweight clash between Daniel Dubois and Joe Joyce could be imminent.

Warren, the promoter of both, is keen to get the fight made this year and says both camps are working round the clock with this aim in mind.

“I am hoping we might be in a position to announce that soon,” Warren told the 5 Live Boxing Podcast. “We are in peak discussions at the moment and I think there is a will to get it done.”

Still only 22, Dubois has stopped 13 of his 14 pro opponents inside schedule, has hardly put a foot wrong so far as a pro, but is in serious need of a test if he is to successfully make the leap into world-class waters later this year.

Joyce, meanwhile, is 12 years Dubois’ senior, and much further on in his development. ‘The Juggernaut’, undefeated in 10 fights, has claimed the scalps of Bryant Jennings, Bermane Stiverne, Joe Hanks and Alexander Ustinov and would seem, though yet to come through a crisis, only a fight or two away from challenging for a version of the world heavyweight title.

That said, if it’s Joyce who carries the greater experience and pedigree, it’s Dubois, ranked third by the WBO, who boasts the eye-catching potential and star power. It’s Dubois, too, who might be taking the greater risk.

“For Daniel it’s a quite a jump up,” Warren admitted. “To be fighting at this stage of his career in such a significant fight, it’s a big decision to make.

“I am not worried about Daniel’s stamina. My only concern if I have one is Joe’s vast experience – how long he has been boxing. And he’s undefeated, a winning fighter.”

Were it not the disparity in age, this fight would likely be one that was teased and teased and teased until something went wrong, one or both came a cropper, and it was gone for good. Yet, because of Joyce’s need to get a move on, and because of the ease with which Dubois is cutting through hapless opponents, what we are about to witness is a natural coming together of two of Britain’s most exciting heavyweights. It’s both a rare occurrence and a most welcome one.

And yet, in a fresh twist on an old story, Brook has today been lumped in with someone else, another British fighter whose name is not Amir Khan.

This fighter is from Liverpool and is a former WBO champion at super-welterweight, the division in which many expect Brook to campaign going forward. His name is Liam Smith.

“Kell Brook is the fight I want next and I think people would love it if that fight could be made,” Smith told Sky Sports. “It’s a big fight in this country and there’s no doubt in my mind that the winner pushes on towards even bigger things.

“There was a win against Shawn Porter that perhaps should’ve pushed Brook on, but I don’t think he can look back at his career and say he got the very best from it because he’s lost every big fight since and he’s not been in the ring for quite a while now.

“The Khan fight was everything to him and it probably still is, but you can’t say he hasn’t had plenty of chances to make a name for himself elsewhere. He had the opportunity to face Jarrett Hurd when he became mandatory and nothing happened there. He’s only got himself to blame for not fulfilling his potential.”

This Saturday (February 8), Brook looks to get back on track when he competes for the first time since December 2018. His opponent is Mark DeLuca, an unheralded American who has split a couple of fights with Walter Wright but fought no one else of note. The goal, Brook told us last week, is to wow, not just win, and to show both himself and his fans that he still has plenty left to offer.

Smith, meanwhile, has boxed three times since losing his WBO title in Mexican Jaime Munguia in July 2018 and continues to hunt for another big fight. Wins against the likes of Robert Garcia, Sam Eggington and Mario Alberto Lozano are solid enough, but one suspects Smith needs to feel tested again for him to produce his best work. Moreover, at 31, he is in his physical prime and will be aware that time is of the essence.

“I’d have to have a look at who was offering what, but I’d have to say that a fight with Brook probably make the most sense at this stage,” he said. “It’s a massive fight and that’s what I want to be involved in.

“He’s had his moments in the sport, and I’ve had mine, but I feel I’m getting better all the time and that I’d have far too much heart for him if the fight gets made. I’m 100 per cent confident that I beat him, and I think you’d see me take over after a few rounds.

“If the fight can be made this year, then let’s do it. I’d love the chance to beat him and then push on towards another world title.”

Whether it ultimately happens or not, how refreshing it is to hear a new name mentioned alongside Kell Brook ahead of Kell Brook’s next fight. And it’s probably a good thing, too, given the way Brook emphatically dismissed any chance of the Khan fight happening last week.