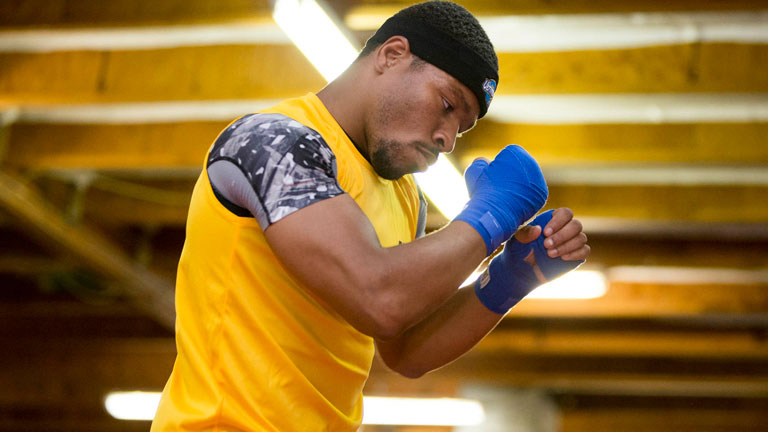 ACCORDING to ESPN.com, Shawn Porter is still none the wiser about the identity of his next opponent.

The WBC welterweight champion, last seen outpointing Danny Garcia in September, is expected to box again in either March or April and had been rumoured to be in negotiations for a rematch against Keith Thurman, the last man to defeat him (in June 2016).

This plan, however, has been pooh-poohed by Porter’s father, Kenny, who says there has been no contact between the two parties.

“Absolutely not,” he told Steve Kim of ESPN.com. “Here’s my thought process on it: If, at the WBC convention, which Shawn attended, they said Keith Thurman has to fight Shawn Porter and negotiations start today and they’ve got 30 days to make an agreement, then why doesn’t the WBC contact me or contact Keith’s people and say, ‘OK, you guys have got 30 days to negotiate it?’

“And both of us at that time would say, ‘OK, we’ll negotiate it.’ But nobody ever contacted me on that.”

Forget Thurman. The opponent Kenny Porter really wants for his son is IBF ruler Errol Spence, the Texan set to defend his belt against Mikey Garcia in March.

“I really wanted Errol Spence, but it appears he’s fighting Mikey Garcia,” said Porter. “I asked for Errol Spence. I’ve been clear – and I’m not talking about the media – I made it clear to the people that needed to know to get this in moving order. That’s what we wanted. And we were told Errol was more than likely going in a different direction.”

Whether Shawn Porter ends up facing Keith Thurman a second time, or Errol Spence, or his WBC mandatory challenger, the fighter known as ‘Showtime’ cannot be accused of winning a title and becoming content to forget the rest. He wants to unify. He wants the lot of them. His father has made that clear. And for this he should be commended.

A potential grudge match between heated super-middleweight rivals James DeGale and Chris Eubank Jr had been mooted for December 8 in London but now, as a result of a pay-per-view backlog in the UK, seems more likely to take place in January.

There is talk Al Haymon, the mystery man of American boxing, is the brains behind the operation and that the plan is to host the fight on ITV Box Office, a platform with which Eubank Jr, especially, is familiar. Should this be true, it would mark Haymon’s first foray into the currently thriving UK boxing market.

Eubank Jr, 27-2 (21), rebounded from a devastating defeat to George Groves in the World Boxing Super Series with a third-round stoppage of JJ McDonagh in September. Though a natural middleweight, and a former WBA interim champion at that weight, he seems content to continue fighting eight pounds up at super-middleweight, a division awash with British rivals.

DeGale, meanwhile, has boxed twice this year and has both won and relinquished the IBF super-middleweight title. He recaptured his old belt with a revenge victory against Caleb Truax in April, but then, to the surprise of many, decided to vacate it rather than make a defence against tough mandatory challenger Jose Uzcategui.

Since then, DeGale, 25-2-1 (15), has been linked to numerous fights, at home and abroad, but boxed only once, stopping Fidel Monterrosa Munoz in three rounds in September.

Suffice to say, both DeGale and Eubank Jr probably need each other at this point.