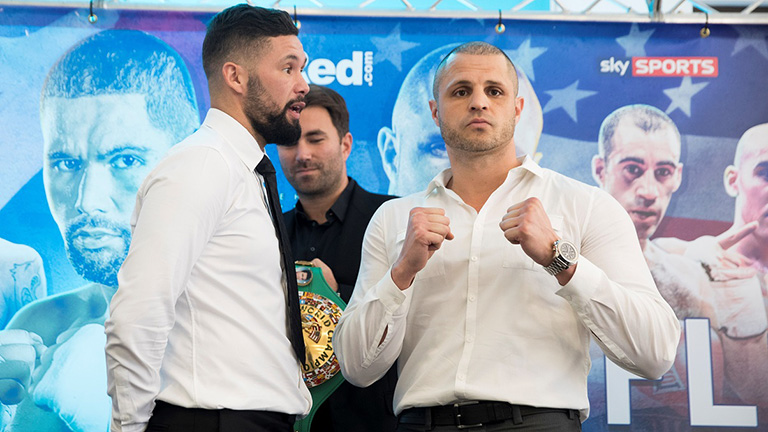 The WBA are giving heavyweight belts away, Wilder and Breazeale are acting up, and Pulev and Fury get an October date

THE World Boxing Association (WBA) is the oldest sanctioning body in boxing, formed all the way back in 1962, and seems intent on reminding everybody of the fact.

Rather than remind us with integrity, history and through leading by example, however, they seem hellbent on making their presence known via a catalogue of ridiculous, unexplainable and downright questionable decisions.

This happens every time they sanction a fight, green light a drug cheat, release a new set of rankings, or crown yet another so-called ‘world’ champion, an occurrence that, owing to their three or four titleholders per weight class, seems to happen weekly. It happens so often, in fact, it’s now not only impossible to ignore the WBA’s presence but just as difficult to consider them a legitimate and serious world sanctioning body.

As well as the oldest, they’re also currently the worst. Worse than the WBC and the IBF, the other two in the so-called big three, and worse than the WBO, once upon a time shunned, viewed as outcasts, before finding acceptance at some point in the nineties.

It could even be argued the WBA’s behaviour has allowed a fringe sanctioning body like the IBO to steal a march and force their way into the room simply because they’re not the WBA, don’t anoint multiple champions, and actually possess a set of rankings determined by a points system and grounded in some kind of reality.

The World Boxing Association, in recent times, has become little more than a parody of a once powerful and respected sanctioning body. Keen to outdo themselves, their latest trick was to blithely announce Saturday’s (August 11) heavyweight fight between Trevor Bryan and BJ Flores, set for Saturday at the Celebrity Theater in Phoenix, Arizona, will now have a vacant interim WBA world heavyweight title on the line.

If you cared enough, you’d be incredulous, scan the rankings, send a strongly worded email, and want to know why. Why, for starters, are these two heavyweights ranked so highly? And why does this fight require a vacant interim title? But, at this stage, nothing the WBA do is easily explainable, nor surprising, and it’s therefore a waste of time and energy to even attempt to decipher the reasons behind it.

Instead, you’ll have a far easier job explaining why the decision to make Bryan vs. Flores a title fight, of any description, is perhaps the most maddening thing we’ll see in boxing this year (and that’s saying something). So, here goes.

For one, Trevor Bryan, the unbeaten heavyweight presumably meant to win, is 19-0 (13) as a professional but has so far beaten nobody of note. His last opponent, Francois Russell, possessed a record of 2-24 and was dispatched inside three rounds in December. Before that, a 10-round decision win over journeyman Derric Rossy, in what was a vacant NABF junior heavyweight title fight, represented Bryan’s finest moment as a pro. (That’s until you recall Rossy, 30-9, being stopped in a couple of rounds by Audley Harrison two years earlier.)

Flores, meanwhile, arguably a better boxer, is somehow an even less qualified heavyweight. The former cruiserweight contender’s standout scalp as a heavyweight is a toss-up between the 13-6-2 Nick Guivas, who was outpointed over six rounds last June, the 12-3 Roberto Santos, also outpointed over six, or the 13-3 Matt Hicks, stopped in three rounds by Flores back in 2009.

If that sort of resume equates to a top ten world ranking, let alone an interim title shot, there isn’t a heavyweight – alive or dead – for whom getting in bed with the WBA will be deemed an impossibility. Thanks to Flores, nay, thanks to the WBA, they all have hope.

The real shame, though, is that this fight, Bryan vs. Flores, isn’t a bad one on paper – at least not in the context of Bryan, the untested up-and-comer, finally getting a test of sorts. It’s decent. It makes sense. It’s about time. For Flores, it’s the chance to secure a meaningful win as a heavyweight, against someone unproven and unbeaten, and for Bryan, it marks his first fight against a former world title challenger. It’s also one he could quite conceivably lose.

Because Flores, 34-3-1 (21), while not a high-achieving heavyweight, was certainly a serviceable cruiserweight, someone talented enough to beat Darnell Wilson, go 12 rounds with Beibut Shumenov (also a WBA interim title fight, by the way), and land a WBC title shot against Tony Bellew. He’s by no means a bad fighter. Nor a poor opponent for Trevor Bryan.

But it’s when you attach the dastardly WBA to the product that a harmless enough crossroads fight all of a sudden masquerades as something it’s not and becomes open to criticism. And that’s why they, the WBA, should be the ones coming under fire, not Bryan, and not Flores.

Scheduled for September 29, Charr vs. Oquendo, ‘regular’ in every sense of the word, is an abomination all of its own, of course, and becomes even more perplexing and depressing when you remind yourself Anthony Joshua and Alexander Povetkin will, a week before, contest the actual, proper, totally real and so-called ‘super’ WBA world heavyweight championship in London, England.

Layer upon layer of stupidity, here’s one more zinger before I go: Alexander Povetkin, the WBA’s number one-ranked heavyweight contender, the Russian set to make millions next month, has failed not one but two performance-enhancing drug tests and is, for this reason, about as deserving as Bryan and Flores and Charr and Oquendo when the time comes to divvy up the WBA’s fool’s gold.

“These two warriors are both very hungry and they both dream of becoming a heavyweight champion,” is how promoter Don King sells Bryan vs. Flores, redefining the requirements for becoming a world champion in 2018. (If hunger and a propensity to day dream is all that’s necessary, I too have a shot.)

“This should be a classic battle on Saturday night with the title on the line,” he continued. “We’ll decide the title in the ring, while the courts decide on what they will do with Charr and Oquendo.”

Alternatively, we could do this: ignore the WBA, ignore their myriad titles, ignore what Don King says, ignore the concept of Trevor Bryan vs. BJ Flores as a heavyweight title fight, and ignore whatever it is the court decide in relation to the equally nonsensical Manuel Charr vs. Fres Oquendo fight. That is also an option.

A far better heavyweight fight is the IBF eliminator between Kubrat Pulev and Hughie Fury, apparently set for October 27 in Sofia, Bulgaria.

Proper heavyweights, the two have been linked for some time now, ever since Dillian Whyte and Jarrell Miller sacrificed mandatory spots to skip fighting Pulev in Bulgaria, and now have a date and location.

“It looks like it’ll be a very interesting game. He is a good, young boxer.”

Aside from the fact it’s an interesting style match between two solid contenders, what makes Pulev vs. Fury so refreshing is that it’s exactly what it should be. It’s a crossroads fight, a final eliminator between one heavyweight at the end of his career and another at the start. Best of all, it doesn’t brazenly claim to be anything else.

Remember when WBC world heavyweight champion Deontay Wilder said he wanted “a body” on his record? At the time, it was hard to imagine him sinking any lower. But if a potential fight with Dominic Breazeale comes to fruition – and it looks likely – there’s every chance he will.

Bad blood, of course, often comes with the territory, and trash talk is a key promotional device. This is by now understood. Accepted, even. Yet Wilder and Breazeale, two Americans with history, are taking this approach to extremes and have resorted to saying things so unsavoury – below the belt, to use trade vernacular – it would be a miracle if their impending fight didn’t turn ugly and result in one or both finding themselves in trouble with the law.

Wilder, for example, this week said he wants Breazeale’s son to inspect the damage done to his father and then confront the architect after the fight.

“We already know what Dominic Breazeale is doing. He’s trying to talk me into fighting him – which is not working,” he told Fighthype.com. “My mind is already made up on that Breazeale fight, and when it do happen I’m gonna make sure he brings his son on the stage to look the man in the eye that’s gonna cripple his daddy.”

A comment well beyond the realm of trash talk and pre-fight hype, it was personal, it was nasty, and it motivated Breazeale to try and outdo Wilder with the following response:

If boxing history tells us anything it’s that there’s usually a direct correlation between the viciousness of trash talk, its overall unpleasantness, and the public’s interest in the fight for which it’s considered necessary. The good ones don’t need it. The pointless ones need it in spades.