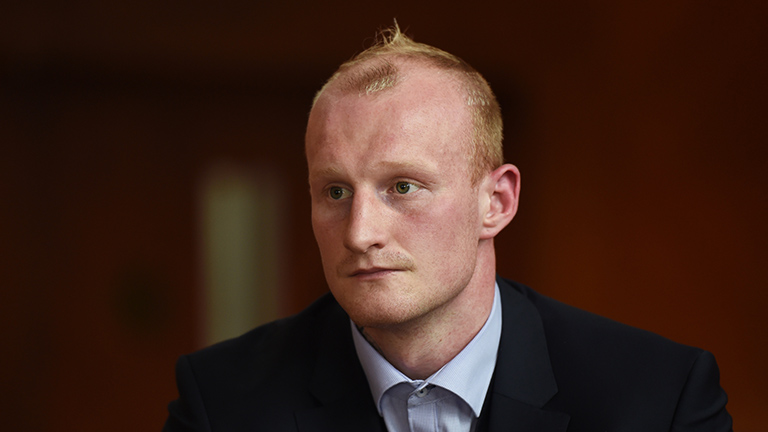 Some exciting times approaching for Birmingham but there could be woe for heavyweight Gary Cornish, writes Terry Dooley

ALTHOUGH all eyes will be on Amir Khan when he fights Samuel Vargas at the Birmingham Arena on September 8, the local press and fans are rejoicing over the fact that 24-year-old “Ruthless” Ryan Kelly, 11-1 (5) will defend the Midlands super-welterweight belt against Solihull rival and fellow big ticket seller Kelcie Ball, 9-0 (2). Midlands fight figure Jon Pegg today told Boxing News that the 26-year-old Ball has been confirmed for the first defence of the belt that Kelly won by stopping Owen Jobburn in seven in May.

“It deserves to be on a big show,” said Shaun Cogan, Ball’s trainer, when speaking to the Birmingham Evening Mail about the fight. “I think it’s the right time for us to take it. It’s a good time for both of them to meet. There’s nothing standing in their way and they’ve got plenty of time to train.”

The same publication has also called for a bout between Birmingham-based featherweights Indi Sangha and Raza Hamza, who are both undefeated at 9-0 (2) and 10-0-1 (5) respectively — it proves that there is always an appetite for local derbies on arena shows.

Indeed, Jason Welborn and Tommy Langford are already pencilled in for a rematch for the British middleweight title that Welborn won from Langford via a split decision in May so it is well on course to be a sell-out, which isn’t always a given in Britain’s “Second City”.

To that end, Pegg took to BoxRec’s British and Irish Forum earlier today and stated that: ‘Since this (show) has been announced I’ve had a lot of people ringing me for tickets already who hardly ever ring me so I think the whole fame outside of boxing is one of the boxes he’s (Khan) ticked’. With further matches to be made between now and September the show is showing early promise, despite what is perceived as another modest opponent for the comebacking “King” Khan.

A thriving local scene led by one or more fighters invariably has a trickledown effect. Ricky Hatton was one of Manchester’s “Three Amigos” alongside Anthony Farnell and Michael Gomez and the recent success of Josh Taylor could spur a surge in Edinburgh’s boxing scene.

Lewis Benson came through the amateur ranks with Taylor. They both started out at the Lochend Boxing Club in Edinburgh and went to the 2014 Commonwealth Games, and Benson hopes to emulate Taylor’s success story by overcoming the undefeated Johnny Coyle — he has 18 wins, one draw and two stoppages — at Belfast’s Odyssey Arena on Saturday night.

It has been described as a risky match for the two fighters to take, but the 26-year-old has told the Scottish Daily Mail the daring way that his fellow Laudonian has been matched has set a trend for other fighters and promoters to follow and has encouraged him to put his 10-0, two by KO, record on the line against the Essex-based 25-year-old.

“I’ve sparred with the best super-lightweight in Britain — one of the best in the world — in Josh Taylor,” said Benson. “I do okay in those spars. But this boy is not a Josh Taylor. He’s not at that level. Coyle is a southpaw but I like facing a southpaw — because I’ve been in the gym with Josh that long, since we were kids. I’ve always been used to it.”

Terry McCormack will work Benson’s corner in Belfast and he also assists Shane McGuigan in Taylor’s corner, so Benson believes that his team has the experience to turn Saturday night into the equivalent of Taylor’s coming out party against Ohara Davies.

He said: “He’d had more fights than Josh — much like Coyle with me. It’s the same sort of thing. It’s the same step. This is a massive fight. It could open up a lot of doors. I would be well inside the British top ten. There would be massive opportunities.”

Staying in Scotland, Jamie Durent of the Aberdeen Press and Journal has reported that former Anthony Joshua victim Gary Cornish (25-2, 13 KOs — his other loss was a decision defeat to Sam Sexton for the vacant British heavyweight title) is waiting for the go-ahead from the BBBoC to continue boxing. Cornish was pulled from a show in March due to an unspecified “medical issue” yet hopes to resume his career.

However, Sam Kynoch, his manager, has admitted that it could be a lengthy process as the 31-year-old continues to tick over in the gym after hooking up with his former amateur trainer Liam Foy and returning to a career in joinery while waiting on news of a possible return to action.

“There is a meeting in the middle of July and there will be feedback from that but these things can take months,” said Kynoch. “As soon as this is resolved, we will get him boxing again…We have had a lot of big fight offers but that is something we cannot look at until he is in a position to box.”

Tyrone McKenna meets Chorley’s Jack Catterall on Saturday’s bill in Belfast in a fight the Belfast-based boxer hopes will propel him into title contention, but things could have been very different for the 28-year-old if it was not for his love of Jay Z.

The southpaw played the son of Robert Carlyle and Gillian Anderson in the 2005 film The Mighty Celt — a title he adopted as his nickname — and he told David Kelly of the Belfast Telegraph that Anderson almost paved the way for a career in acting only for it to be kyboshed due to a “Jiggaman” concert.

“Robert was a real gentleman and Gillian was very nice,” McKenna revealed. “We got on really well and she ended up getting me in touch with her agent…After The Mighty Celt, a lot of offers came in to my agent who sent me to voice lessons so I could do foreign accents, English and American accents. But they were £150 an hour so I pretended to go and then when it came to auditions and the people were expecting to hear my American accent, I couldn’t do it! I could have been in movies with Judi Dench and Tom Hanks.”

McKenna’s acting career almost took a major turn when he was asked to audition for the first series of Game of Thrones. Alas, he had tickets to see Jay Z in Manchester on the same day so he did what anyone would do by grabbing a white towel before heading to the venue to twirl it around while throwing some shapes to Big Pimpin’ rather than granting himself an opportunity to earn and spend some cheese as a jobbing actor.

Rather than spend the following years kicking himself, McKenna has compiled a 16-0-1 (6) record; he believes that a win over Catterall, 21-0 (12) would help him further his career and put him in a position to earn enough money to support his family and pay back his partner, Catrina, for all her support, especially during the early years when McKenna was by his own admission “skint”.

The only problem is that Chorley’s Catterall, 24, will have similar ideas in what could turn out to the fight of the night, and would leave the loser sitting on a throne of groans.