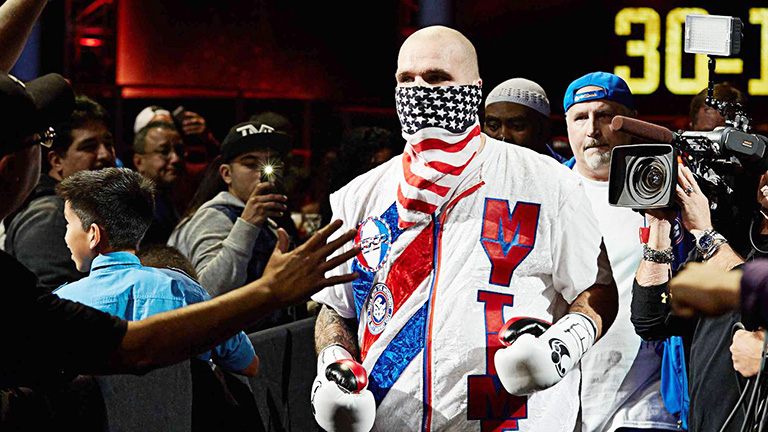 Billy Joe Saunders remains hopeful of landing Canelo Alvarez fight despite delay, and Travis Kauffman is struck down by Covid-19

WHILE the entire boxing world is currently on lockdown, there is only one man locked in to fight Mexican superstar Saul ‘Canelo’ Alvarez.

That man is Hatfield’s Billy Joe Saunders, who, were it not for the coronavirus pandemic, would have been lining up to fight Alvarez on May 2 in Las Vegas.

Alas, for obvious reasons this fight is no longer happening.

Saunders, however, remains insistent that it will be him and nobody else facing Alvarez when the world starts moving again.

“Whenever it happens, it’s a fight that will happen – one hundred percent,” Saunders told Johnny Nelson, Richard Poxon and Anthony Crolla on the Black Eye Barber Shop Show. “I’m locked in to fight him. We are contracted to fight.

“The (coronavirus) has messed everything up, but as far as I understand it, I’m under contract to fight him.”

In recent days there has been talk of Gennady Golovkin, Alvarez’s great middleweight rival, getting the nod over Saunders when the boxing business resumes later this year. Yet Saunders, though aware Alvarez and Golovkin are fixing to do a third fight, seems unflustered by the presence of the great Kazakh.

“I think they (Alvarez and Golovkin) wanted to fight in September regardless because TV company DAZN was not happy with the money they were paying Canelo for the opposition he wanted to fight.

“I think it was me, Callum (Smith) or Golovkin (for May 2). But it was me who he was supposed to fight in six weeks’ time. Well, it should have been. Then Golovkin in September. But it was Golovkin at 160 pounds.”

Some fighters will feel the hit of the coronavirus crisis more than others. For Saunders, someone whose career-best performance against David Lemieux was all the way back in 2017, it is a blow as heavy as any he has ever taken in the ring, especially if the Canelo Alvarez fight, the pot of gold at end of the rainbow for any fighter, ends of falling by the wayside as a result.

American heavyweight Travis Kauffman has been struck down by coronavirus and is self-isolating at home.

After revealing his diagnosis on Thursday, first reported by World Boxing News, Kauffman, 34, said: “I’m extremely thankful and overwhelmed by all the messages and calls I got from people concerned for me. There have been many times I felt people only cared for me when I was in the ring boxing. So this means more to me than you’ll ever know. I will not be able to read and open up every message, but just know I thank every single one of you, especially those that dropped stuff off at my house.

“I’m truly in shock but it shows there are a bunch of great people in the world still. Just when I lost faith in humanity you guys showed me don’t do that just yet. Thank you all.”

Touching on the virus and how he ended up catching it, Kauffman added: “Nobody knows exactly where they got contaminated with coronavirus. Before I started feeling sick, I was around a bunch of people.

“Stay home. It’s the best way to stop spreading it. Even if you don’t have symptoms you can still spread it.”

Kauffman, a former opponent of Luis Ortiz and Chris Arreola, has a professional record of 32-3 [23] and was once rated in the top 15 by the World Boxing Council [WBC]. His last fight was against Ortiz back in December 2018, which ended in a tenth-round stoppage loss, and his next one was scheduled for April 11 in Minneapolis.

Needless to say, that won’t be happening.