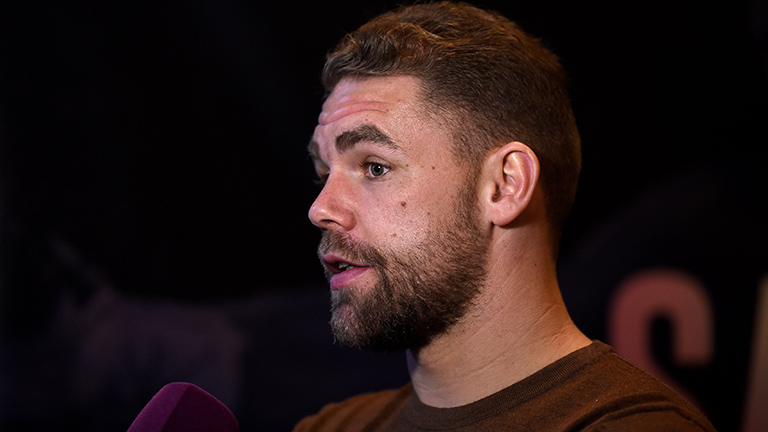 LAST week it looked as good as nailed-on that Billy Joe Saunders would get his life-changing payday in a WBO super-middleweight title defence against Mexican superstar Saul ‘Canelo’ Alvarez.

It seemed Saunders had beaten his fellow Brit Callum Smith to the punch, and many had even started to assess how the southpaw champion’s style would mesh with Canelo’s, so sure were they that he would be next for the four-weight world champion on May 2.

This, however, now looks at best premature, at worst wide of the mark.

In fact, Oscar De La Hoya, Canelo’s promoter, has firmly denied Saunders is the frontrunner to face Alvarez on May 2 and even gone so far as to say he is nowhere near the front of the pack.

“Saunders is not the front-runner, that’s for sure,” De La Hoya told SecondsOut.com. “I have no idea who threw that name out there. I have a trip to Mexico (to meet) with Canelo and his team. We’ll sit down, I’ll stay there for a few days, iron out a deal and take it from there. Once we have the name down, we’ll have an announcement shortly.”

Of course, given Alvarez’s star appeal and the sizeable purse he guarantees, De La Hoya won’t be short of willing opponents for his man, who is reportedly open to fights at middleweight, super-middleweight or light-heavyweight, having recently won a WBO title at 175 pounds.

Whether Billy Joe Saunders, 24-0 (14), is truly out of the running, or simply being pooh-poohed for negotiation reasons, will be revealed in due course.

Before any such meeting, Joshua must first defeat either Oleksandr Usyk or Kubrat Pulev, his mandatory challengers for two of the three world heavyweight titles he owns. Wilder, on the other hand, must get past Tyson Fury, his old nemesis, when the pair meet for a second time on February 22 in Las Vegas.

In boxing, though, it is rare that an elite fighter is thinking only about the immediate, which explains why Wilder and Joshua, despite the dangerous nature of their next assignments, are busy thinking two steps ahead.

“We’ve had meetings,” Joshua, the WBA, IBF and WBO heavyweight champion, told Sky Sports News. “That same meeting with Usyk’s manager, afterwards we had another meeting to potentially put an offer in to solidify (a fight with Wilder) before they have even had their fight (against Fury), and before I have my next fight.

“Everyone wants Wilder to win because (a fight with me) is what everyone wants to see. Wilder has a great right hand; I have a great left hand. It is a great boxing match.

“We had a meeting about that. It has great potential. I heard (Wilder and Fury) have a third fight lined up towards the end of the year but we have to throw a curveball in there. Something that gets Wilder’s attention providing he wins so that he thinks to himself: ‘Even though I have a rematch clause, I’ll see how I can manipulate my contract, get out of it, and fight for the undisputed championship.’”

A lot depends on the outcome of Wilder vs. Fury II, of course, but if a curveball needs to be chucked for the purpose of seeing – at last – Wilder and Joshua share a ring, with perhaps four world heavyweight titles on the line, just release it, boys – let it go. Because if they don’t, that is, if they decide to delay it any longer, the only curveballs they will be seeing are Andy Ruiz Jnr-shaped ones.