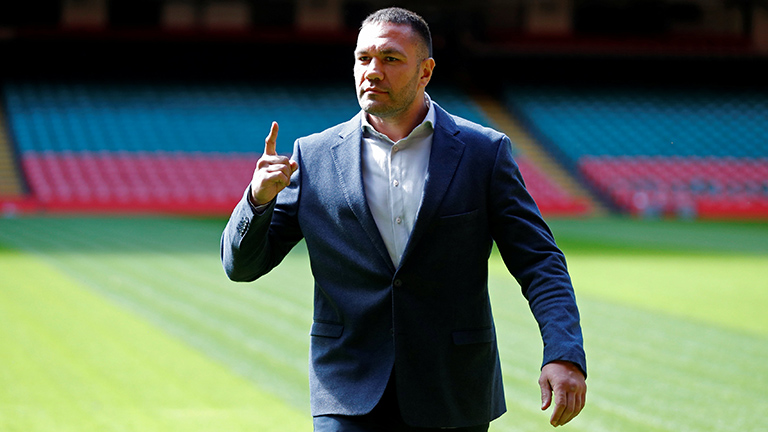 Kubrat Pulev says his fight against Anthony Joshua has not yet been agreed, and Anthony Yarde will make a surprise appearance in Madrid this weekend

THOUGH it’s inevitable Anthony Joshua and Kubrat Pulev will share a ring at some point in the next few months, Pulev says Joshua’s promoter, Eddie Hearn, jumped the gun when yesterday he inferred a deal was already in place.

Hearn revealed on Thursday that Joshua’s next fight would be in London in June, most likely at Tottenham Hotspur’s new stadium, and said that despite other offers, Joshua was adamant he wanted to return home, having recently boxed in New York and Saudi Arabia.

“He wants to fight in London in June. We’re on the verge of making that happen now. Spurs is the front runner and that’s what he’s asked me to do. We’ll be delivering that for him.”

Pulev, though, while seemingly happy to grant Joshua’s wish and fight him in London, England, isn’t getting ahead of himself just yet. Taking to his official website, he told Joshua to “calm down” and reiterated that he had yet to agree a deal to challenge the WBA, IBF and WBO world heavyweight champion.

“I see that you are very worried to fight away from home and you are absolutely right to be,” he said. “But, rest assured, if necessary, I’m ready to come to London and bust you up in front of your own fans!

“Until then, tell Mr. Hearn not to get ahead of himself, we do not have a deal yet!”

Knowing the way this bizarre sport works, expect an announcement on Monday.

Promoter Frank Warren has today revealed that light-heavyweight Anthony Yarde is set to return to the ring in a surprise fight on Saturday night (February 8) in Madrid.

Out of action since a gallant losing effort against Sergey Kovalev in August, the talented Londoner will look to brush off some ring rust and remind those who might have forgotten that he remains highly ranked with the WBO and on course for another world title shot later this year.

The fight this weekend will take place at the Memphis Nightclub in Madrid and the opponent will be Diego Jair Ramirez, a Colombian journeyman whose 4-48-3 professional record suggests the fight will be straightforward and pointless.

Warren told talkSPORT.com: “He’s just been out the ring for a while, so he’ll just have a run out.

“He may fight again in the next couple of weeks, he’s got to win first.

“It’s not my show so we don’t know the opponent.

“I didn’t want to wait until April, April’s a long time away, he’s been out the ring since he fought Kovalev. He’ll get back in and get that rust out of his system.

“They called two (WBO) eliminators, but if one of the guys pulls out (Yarde would jump in).”

At 28, Yarde still has time on his side and will no doubt have learnt plenty from the experience of travelling to Russia and challenging former WBO light-heavyweight king Kovalev last summer. However, one could argue the reason he came up short against Kovalev that night had much to do with a run of fights like this one – pointless fights against overmatched opponents – and that the biggest lesson Yarde needs to learn going forward is the importance and value of tough tests against fellow contenders. Let’s hope for better in April.