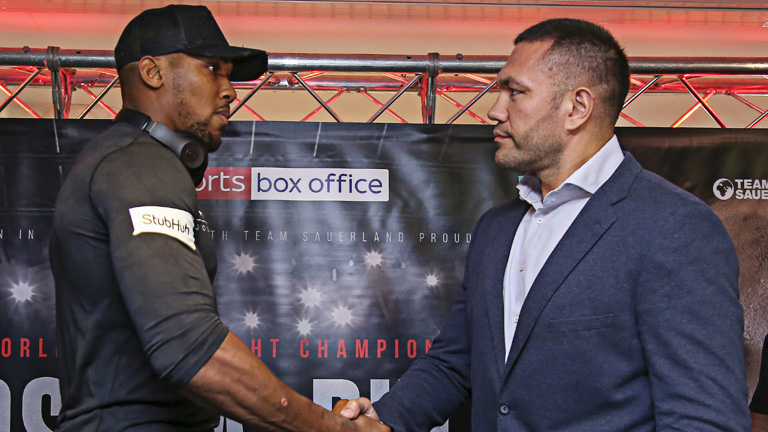 Kubrat Pulev has no problem fighting Anthony Joshua before a sea of empty seats, and Josh Warrington gets his unification fight

A few months ago, we might have laughed at, perhaps even encouraged, the idea of Anthony Joshua defending his WBA, IBF and WBO heavyweight titles against mandatory challenger Kubrat Pulev behind closed doors before an empty crowd.

It was, after all, the fight in the way – the one stopping us watching the ones we really wanted. It was a nuisance. It was a pain. It was a fight Joshua needed to get out of the way, quickly, clinically.

Yet now, thanks to the coronavirus, the prospect of Joshua and Pulev boxing in front of no fans is not only a real one but a depressing one. It is also something Pulev has thought about and would, according to his latest comments, be happy (okay, more like resigned to) to entertain.

“There’s no problem (if the fight is) to be without spectators. Everyone would be at home, they can (order ) pay-per-view, so I don’t see any problem financially.

“The show could be lost a bit without fans, but it can still happen. After all, it’s a world championship, which must take place.”

We’re all suffering it at the moment, that empty feeling. But at least Kubrat Pulev is ready and willing to embrace it.

That’s more than can be said for the rest of us.

Naturally, no date for the fight has been given, due to the ongoing Covid-19 pandemic, but that hasn’t stopped promoter Eddie Hearn stressing his eagerness to stage the bout at Emerald Headingley in a few months’ time.

“We have agreed terms with Can Xu to have that big fight in the summer, hopefully, ” confirmed Hearn. “The WBA title is likely to be on the line, with the IBF title and hopefully the Ring Magazine belt.”

Though the timing of the announcement couldn’t be much worse, the fight is exactly the kind of fight Warrington has been chasing since winning his IBF title from Lee Selby in May 2018.

“It will be a barnstormer,” he said. “When you look at the other champions in the division, Gary Russell and Shakur Stevenson, you know the build-up is going to be entertaining, but is the fight going to be entertaining? Because Shakur Stevenson likes to move on the back foot and Gary Russell is known for his speed but doesn’t work too much. He chooses when he wants to do his work. But with Can Xu, you know as soon as that first bell goes, he is running to the centre of the ring and going hell for leather. And obviously I like to do that as well.”

Josh Warrington and Can Xu both like to fight, this much is true. When they will next be allowed to do so – against each other – is anyone’s guess, however.