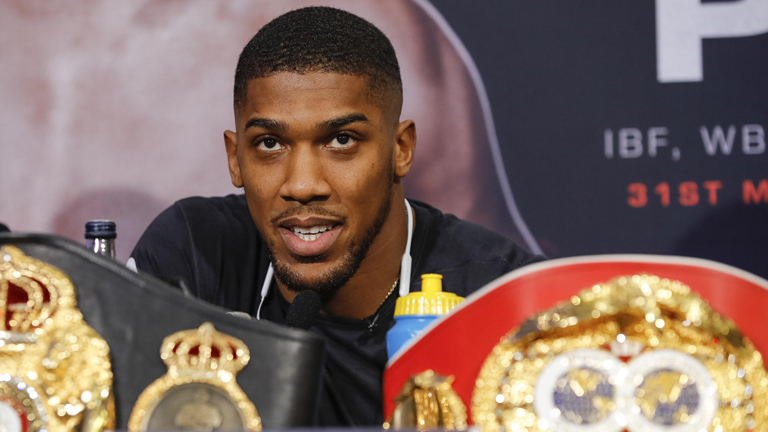 ACCORDING to Eddie Hearn’s gut, the feeling is that Anthony Joshua will fight Alexander Povetkin, and not Deontay Wilder, later this summer.

The hope initially was that Joshua and Wilder would put their differences to one side, agree on a location, and get in the ring to contest the WBA, WBC, IBF and WBO world heavyweight titles at some point between August and November. But that now looks unlikely.

Instead, by way of Plan B, it would seem Joshua, the WBA, IBF and WBO champion, is being ushered towards a fight with Povetkin, his WBA mandatory challenger, which means a date against WBC champion Wilder, the one the world wants to see, will now be lightly pencilled in for early next year.

“I believe we will get a deal done with Deontay quite soon. We are close on that,” Eddie Hearn told the Daily Mail. “Ideally, AJ and us wanted September in the UK but that isn’t working for them.

“There is a chance we could make that fight in October or November, if it was to be AJ’s next fight, or we could do it in February or March if he fights Povetkin next.

“Either way, I think we are close to a deal. With the Povetkin situation, it could well be that AJ fights Povetkin in September and after that it would be Wilder in February or March.

“He will fight Wilder in his next two fights, but my gut feeling right now is that Povetkin will be the next fight, in September.”

Given the tease, Povetkin before Wilder represents a buzzkill of sorts, and hardly whets the appetite. However, if it comes with the proviso that Wilder is next, really next this time, all of a sudden the prospect of Joshua trading bombs with the aggressive Russian, a former Olympic champion no less, becomes a far more appealing stopgap. Fun, even.

Rumours that Chris Eubank Jr and John Ryder will do battle at some point this summer are gathering pace.

The fight between super-middleweights who were formerly middleweights has apparently been lined up as chief support to the World Boxing Super Series (WBSS) final between George Groves and Callum Smith, with Eubank Jr the designated reserve should either finalist pull out.

Groves, of course, ended Eubank Jr’s tournament dreams in February, when using size and smarts to nullify the Brighton man for 12 rounds. In the final round, however, the ‘Saint’ dislocated his left shoulder, an injury that led to tumultuous final minute and many months of uncertainty and confusion, as the boxing world – and Groves – waited to hear when the final, originally set for June, would be rescheduled.

Patient in all this was Callum Smith, who kept waiting, kept training, and hoped it would be Groves and not Eubank Jr – the man targeted as the replacement – who opposed him in the WBSS final.

Thankfully, that mess has now been resolved. Moreover, Eubank Jr still lurks, still seemingly wants a fight, and, if reports are to be believed, John Ryder could be just the man to oblige.