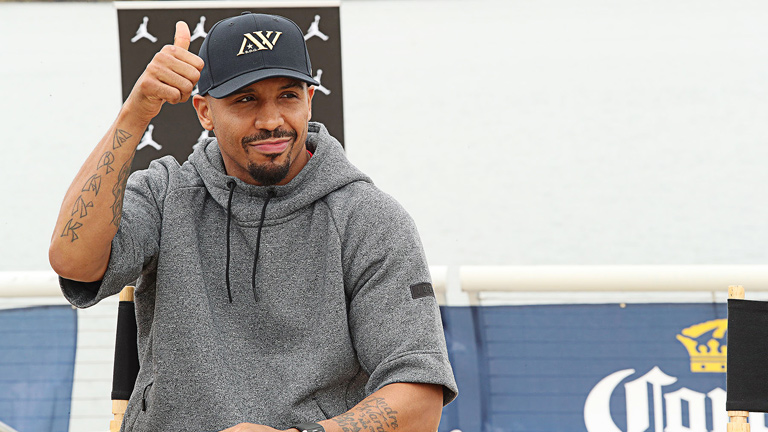 Andre Ward and Carl Froch get caught up in a social media war of words, and Jarrell Miller suggests he is in pole position for Anthony Joshua fight

ONE day it seems like Dillian Whyte will be Anthony Joshua’s next opponent, the next it seems like Jarrell Miller will be the one to get the nod. Yesterday it appeared Whyte was in the ascendency, having teased meetings with promoter Eddie Hearn and TV paymasters Sky Sports, whereas today Miller appears to have manoeuvred his bulky frame to the front of the queue.

Whoever it ends up being, and wherever it ends up happening, our only wish is that they hurry up and get it sorted. If it’s Whyte in London in April, we’ll have a hate-fuelled rematch of a 2015 thriller; if it’s Miller in New York in June, it’s all systems go for Joshua’s American debut. There is no right or wrong answer. We merely want to know where we stand – as I’m sure the three fighters involved do, too.

“Recently yes, there’s been talks about it (a Joshua fight),” Miller told Ringside Reporter. “There was one offer that was made earlier today as a matter of fact.

“It’s just based on if Dillian Whyte doesn’t really want the fight. They said if they can make a deal with me then they’re going to bypass Dillian Whyte and fight me in June. Dillian Whyte might miss an opportunity because he wants to be stubborn on certain numbers.

‘It’s not a bad offer. My ultimate goal is to get a title shot. I’m thinking about legacy first and then the money will come.”

Frankly, Miller has seemed to be in pole position ever since a pig’s ear was made of Joshua and Whyte banging the drum for a potential rematch after Whyte’s December win over Dereck Chisora. Someone dropped the ball that night and since then the rematch, this natural for April 13 at Wembley Stadium, has drifted further and further away.

“Eddie [Hearn] has made an offer and we’ll see what happens,” Miller’s co-promoter Greg Cohen told ESPN. “Obviously, for every fighter, promoter and manager, what’s better than fighting for the heavyweight championship of the world? We’ve been discussing it for a while but now we have an official offer.

“There has been substantial movement on the money and we’re under a million dollars apart at his point.”

If true, you start to wonder how many millions of dollars separate Joshua and Whyte.

It’s a cycle of pettiness that means very little – given all three men involved are retired – but is fun to witness from afar, a box of popcorn and bucket of coke in hand.

Froch’s initial tribute to Groves was generous in places but ultimately laced with backhanded compliments and the kind of sardonic humour for which the 41-year-old is known.

“I won’t miss him, and I am not sure British boxing will miss him, these days at least. There was nothing left out there for him,” he told Sky Sports.

“He lost to Callum Smith, who is now top of the super-middleweight world and it wasn’t like it was a close or controversial defeat. He was conclusively beaten and there was never going to be a rematch.

“Smith is now in the new super-middleweight scene, where the champions are big, strong, young and fresh.

“I just can’t see there being anything out there for Groves to bother with. Yes, he could wait around and fight the winner of James DeGale and Chris Eubank Jr, but what is the point?

“He’s just beaten Eubank Jr and the first fight with DeGale was so long ago. I am not sure even George could get up for that.”

Reacting to these comments on social media, Ward, a former super-middleweight and light-heavyweight champion who retired after beating Sergey Kovalev for a second time in 2017, said: “This dude is the biggest hater. You’re over 40 bro, let it go. The arrogance is off the charts!”

Froch, though, wouldn’t leave it there. “Can you remind me why you retired again?” he asked Ward, before later adding, “If you’ve never boxed, you will never understand the profound respect between two fighters. Even if they don’t like each other.”

That comment wasn’t directed at Andre Ward, of course, but was instead aimed the way of the thousands of social media followers who waded into the argument and suggested Froch had been harsh in his treatment of Groves. He then wished Groves “a healthy and happy retirement” and said he was “a solid world champion” who “did yourself and your family proud”.

Still Ward wasn’t content. He branded Froch “old and bitter” and left himself open to Froch’s claim that the only reason the American retired was because no television channel was interested in showing his fights. There was talk of Ward ducking a rematch and not having the “minerals” to fight him in the UK.

Ultimately, though, just as Froch will seemingly have bragging rights over Groves for the remainder of time, and cruelly choose to use them at every turn, the same can also be said of Ward and Froch. It’s just the way of it, I’m afraid.