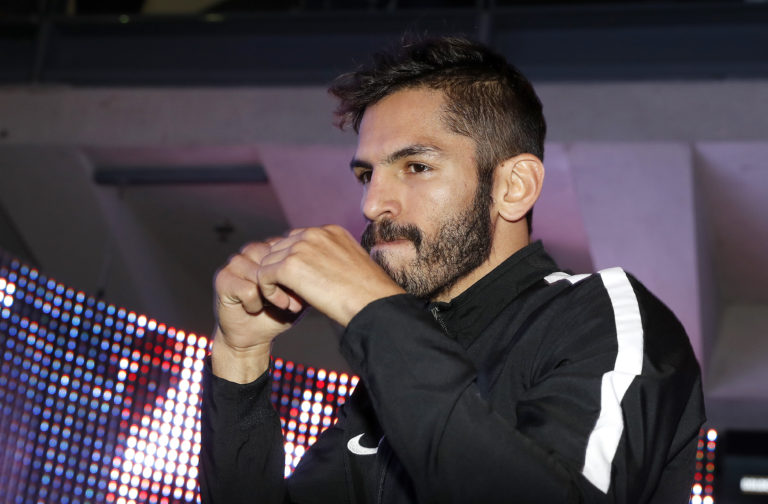 BECAUSE he is arguably the coolest customer in the game, it takes a lot to rile Jorge Linares and get him to speak up.

Ryan Garcia, however, seems to have managed it.

The fresh-faced 21-year-old, unbeaten in 19 pro fights, has a big fan base and a lot to say and Linares, according to his Instagram page, is ready to burst what he believes is a hype bubble. The skilful Venezuelan, a three-weight world champion, previously shared a ring with Garcia in the name of sparring but now wants to lock horns with the Californian for real.

“Ryan G. If you feel prepared enough for something big then let’s fight. But this time won’t be just training,” Linares wrote.

Fifty-one fights into a long, hard pro career, ‘El Niño de Oro’ is no doubt nearing the end. Now 34, he has always appeared vulnerable to big punches, but, since losing to Vasyl Lomachenko in a gallant effort in 2018, he has been stopped inside a round by Pablo Cesar Cano and seems more susceptible than ever.

Be that as it may, Linares still possesses some of the prettiest moves in the sport and remains one of its best-loved fighters. So if in 2020 Garcia finds himself on the hunt for a veteran’s scalp, and is eager to learn a thing or two in the process of claiming it, he could do a lot worse than accept Linares’ challenge.

Fresh from beating Nate Diaz on Saturday night to win the inaugural BMF (Bad Mother F**ker) belt, UFC star Jorge Masvidal has followed the path of other UFC stars in calling out the most popular fighter in the boxing world.

That means Saul ‘Canelo’ Alvarez is again on somebody’s radar, just days after he defeated Sergey Kovalev to add the WBO light-heavyweight title to his numerous other belts.

“I’m dead serious about trying to fight Canelo Alvarez,” Masvidal told Ariel Helwani of ESPN. “Give me a nice little change, I’ll take my talents over there. I feel like I can shock the world.

“Is Canelo a better boxer than me? Has he thrown ten thousand jabs more than me because that’s what he does morning and night? Yeah. He’s a better boxer.

“But can I bring some elements that boxers ain’t used to that are in the legal realm of boxing and throw Canelo completely off his game? F**k yes, man. I’m a naturally bigger dude. I punch like a F**king truck. If I got boxing gloves on, I’m not afraid of breaking my hand because I got that cast on, so I’ll be swinging extra hard. I feel like I could be a legitimate ass threat in there.”

The truth is, Masvidal, like Conor McGregor before him, would be no match for Alvarez, or any other world-class boxer, in a boxing ring, nor would this move even be contemplated if McGregor’s 2017 farce against Floyd Mayweather hadn’t been so damn lucrative.