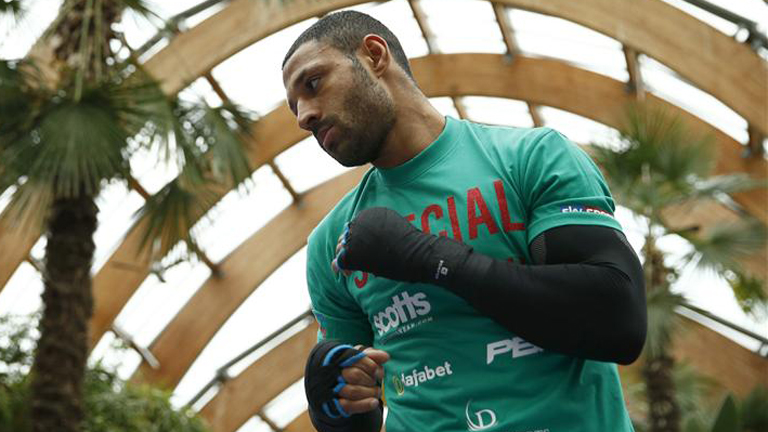 Kell Brook does the right thing and enrols with VADA, Srisaket Sor Rungvisai is coming home, and Vasyl Lomachenko hopes to box on August 25

A boxer enrolling in a Clean Boxing Program, which it to say doing their job, shouldn’t constitute news, but this is boxing, a sport in which many – for obvious reasons – don’t bother, so it becomes newsworthy.

Kell Brook, recently dropped from the WBC rankings for not enrolling in their VADA-affiliated Clean Boxing Program, today proudly announced he has fixed this, got his house in order and signed up.

“So many people asking me why I haven’t signed up to VADA, well here are the forms which are getting signed and sent in today,” Brook wrote on Instagram, in a post accompanied by a picture of the former IBF welterweight champion holding said forms and grinning as if showing off a 20 metres swimming certificate.

Brook has done the right thing, no doubt, but until we reach a point where everybody is enrolled, and regular random tests are an actual thing, such efforts are kind of futile.

What’s more, it’s no good boxers enrolling only when they’re told to enrol, or because they’ve been dropped from rankings, or because they have a fight coming up and find themselves in the middle of a training camp. Instead, there needs to be greater visibility and an all-year-round commitment, and the boxers’ efforts need to amount to more than just a wide smile and an Instagram pic. (See, I did it!)

Still, it’s progress. It’s better than it used to be.

Brook, now WBC-approved, will fight unheralded Canadian Brandon Cook on July 28 at London’s O2 Arena. The pair are highly-ranked with the WBO – Cook at four, Brook at six – and the plan, it would seem, is for Sheffield’s former welterweight king to hustle his way towards a shot at WBO super-welterweight champion Jaime Munguia, a fearsome Mexican puncher last seen demolishing Sadam Ali in four rounds.

Which means he might not need those WBC spoilsports, after all.

I should be clear: two-time WBC super-flyweight champion Srisaket Sor Rungvisai is coming home – to Bangkok, Thailand, that is.

The hard-hitting Thai, famous for twice beating Roman Gonzalez, will fight in front of his home fans at the Muang Thani Arena on October 6. It will be the first time he has boxed in Thailand since he stopped compatriot Oley Taladklangadsawai in four rounds 19 months ago. It will also be a voluntary defence against an opponent still to be announced.

So far, So normal. But what makes Sor Rungvisai’s return to Thailand so interesting is that it will be promoted by ONE Championship, the Middle East’s leading mixed martial arts promotional group, on a card titled ONE Championship: Kingdom of Heroes.

The idea, I’m told, is to gather as many of the country’s top combat athletes on one show and stack it top to bottom. But it’s unusual all the same to see a world champion boxer blurring the lines and linking up with what’s widely known as an MMA organisation. A good kind of unusual, I should add.

“I’m very excited at the opportunity to defend my crown at home for the first time in two years,” said Srisaket, last seen defeating Juan Francisco Estrada in February.

“To be able to compete in the One Championship arena is an honour. I’m determined to defend my belt in front of the home fans.”

Sor Rungvisai is unbeaten in his last 18 fights, has won a whopping 15 of them by knockout, and if he’s to represent boxing on a night that celebrates the cream of combat sports, I can think of no better champion.

And finally… don’t get too excited but it would appear Vasyl Lomachenko, only recently free from a sling following shoulder surgery, could fight again on August 25, as originally planned.

The gifted Ukrainian was booked for that date in the days that followed his win over Jorge Linares, but an injury seemed to scupper those plans. Instead, Plan B involved a date towards the back end of the year, perhaps November or December time.

Now, however, according to Lomachenko’s social media, there’s every chance he gets out again in August and, moreover, he’s training for it and asking his followers for some opponent recommendations. That’s good news for boxing fans and good news for Lomachenko, too.

Admittedly, it sounds soon – perhaps too soon. But if anyone has the ability to allay concerns regarding a premature return, it’s the man known as ‘Hi-Tech’, the greatest talent in the sport today. Even with one arm, you’d find it hard to pick against him.