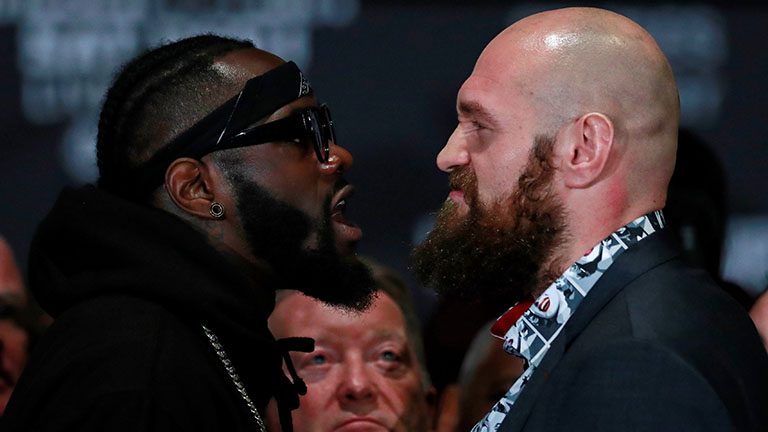 THE eyes of the boxing world will be on New York for the first half of 2019 if reports of two big heavyweight title fights destined for NYC are to be believed.

Should this be true, it would mean three of British boxing’s biggest stars – Khan, Fury and Joshua – will set sail to the Big Apple in the space of around six weeks and, stranger still, Fury and Joshua will box in the same building just a fortnight apart.

Fury and Wilder have unfinished business, of course, following their drawn fight in Los Angeles in December. Joshua and Miller, meanwhile, is a fight few saw coming – at least not this early – but marks the Watford man’s official US debut and is therefore an important next phase in his five-year pro career.

Given that they will soon all be breathing the same air in the same city, it would be encouraging to know plans will soon be made for Joshua, Wilder, Fury and, who knows, perhaps Jarrell Miller, to do a little business beyond their immediate fights in May and June. Wouldn’t that be clever?

We endured years of Amir Khan and Kell Brook being linked to an all-British super-fight in a stadium only for it to ultimately go nowhere. Now, with that dream having become a nightmare, it seems Liam Smith will take the place of Khan – set to challenge Terence Crawford on April 20 – and do his utmost to secure a lucrative fight against the Sheffield man at some point in 2019.

Speaking to Sky Sports ahead of his March 30 fight with Sam Eggington, the all-action Liverpudlian said he would accept a Brook fight in a heartbeat and reckons he has got the beating of his British rival.

“I’m not going to slag him and disrespect him that way. He’s a world-class fighter. He has been for a number of years. I just feel I’m an established 154[lbs] now, and he’s coming up. He’s big enough, but I feel I’m bigger and stronger again.

“I just feel I’ve got the beating of him. He might say the same thing, but I think that’s what intrigues you about that fight. I’m sure if you put a poll out on that fight, you’d get good numbers.

In joining forces with Matchroom, it seemed obvious Smith would be ushered towards a fight with Brook, the one-time IBF welterweight champion, sooner or later. There have been other options discussed for Brook, including a fight against another former champion, Jessie Vargas, but Smith remains confident he will get the nod so long as he keeps winning.

“Kell has lost the fight with [Amir] Khan for the time being. Kell is going to want a big name, a fight he can get up for. I’m sure I’m in that category. He might want bigger names – Jessie Vargas and stuff like that – but I’m here if he wants it, and if Eddie wants it. We’ll accept that in a heartbeat.

“All being said, if it goes well against Sam Eggington, I want to push on in 2019. If Kell Brook is on that path, then so be it.”