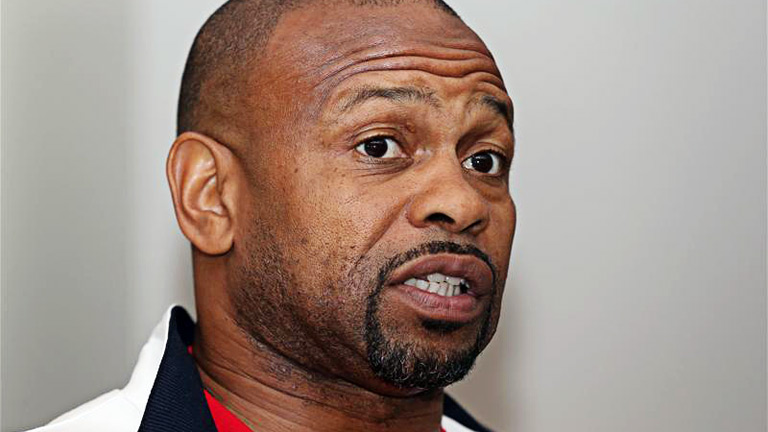 Roy Jones Jnr and Bernard Hopkins are teasing a rubber match in their fifties, and Manny Pacquiao targets Errol Spence or Danny Garcia for February

ROY JONES and Bernard Hopkins are two former fighters in their fifties who seemingly haven’t rid themselves of the boxing bug just yet.

Though 50 and almost 55 respectively, the two legends are currently entertaining the possibility of getting together again for a third fight at some point in the future.

How serious this suggestion proves to be is anyone’s guess but the two of them have used FightHype.com to trade video messages and Hopkins, in Cancun for a WBC convention, set the ball rolling.

“We can go to Russia, China or anywhere in Europe.”

Quick to respond, Jones, 66-9 (47), was more concerned about the weight than the opponent, having seemingly enjoyed himself in retirement.

In 1993, Jones defeated Hopkins via unanimous decision to win the IBF middleweight crown, his first world title. Neither were in their prime back then, nor were either of them in their prime when Hopkins gained revenge on Jones in 2010, some 17 years later.

It’s a shame they never met when at the peak of their respective powers, but a rubber match, 10 years after their last, will do not a thing to soothe this disappointment.

Hopkins retired in 2016, while Jones followed suit a couple of years later. Their biggest challenge now is not another fight but simply resisting temptation and staying away.

WBA welterweight champion Manny Pacquiao will return to the ring in February and is looking at Errol Spence, the IBF and WBC king, and Danny Garcia, a former world champion, as potential opponents.

That’s according to Freddie Roach, Pacquiao’s long-time coach, who says both Spence and Garcia would represent ideal tests for his man at this stage in his illustrious career.

“Regardless of who they pick, he’s going to be ready,” Roach told FightHype. “I hope they pick Errol Spence or someone good. He’ll be back, I believe, in February. They’re talking about that, but I’m not sure how close they are at getting it. Danny Garcia looks like a good fight.”

Another name linked to Pacquiao in recent weeks has been Mikey Garcia, the three-weight world champion who was dominated at the start of the year by Spence in a misguided attempt to thrive as a welterweight. Roach, though, says he has little interest in seeing Pacquiao, 62-7-2 (39), give Garcia another shot.

“He’s a solid fighter, Mikey Garcia, but he lost so badly in his last fight,” Roach said. “People aren’t interested in that so much. For him (Mikey) to get that fight, he has to get a credible win. There’s a lot of good guys for him to fight. I like challenges.”

Pacquiao and Roach have certainly never shied away from challenges in all the time they have been together. In fact, the only thing that excites them more than the prospect of a challenge is the prospect of a gargantuan payday, which, regardless of who Pacquiao fights, seems a given by now.