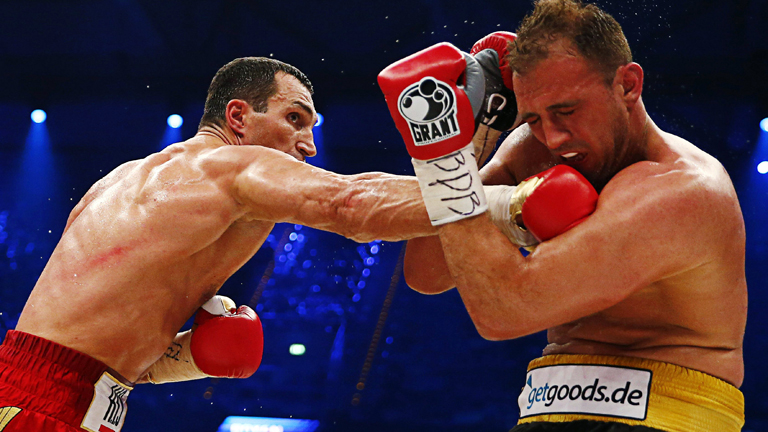 I’M not sure how it happened, and I’m not sure what it means, but Francesco Pianeta, Tyson Fury’s next opponent, somehow didn’t appear on my list of 66 opponents better than Sefer Seferi published yesterday.

Maybe it was an oversight on my part. Maybe my heavyweight knowledge isn’t up to scratch and I foolishly let a former world heavyweight title challenger, a man who once shared a ring with Wladimir Klitschko, slip through the net. Or maybe, just maybe, there are other reasons for his omission.

One, it might be because Pianeta has lost two of his last three fights and lost his last one, against Peter Milas, in June. Two, and perhaps even more concerning is the fact he was stopped – yes, stopped – by American Kevin Johnson, a former Fury victim, last year.

This may well appear, on the face of it, to simply be an unfortunate result (these are heavyweights, it happens), but what makes this particular loss all the more peculiar is that Johnson, a talented fella on his day, is an old, negative heavyweight who rarely throws punches, much less knocks out opponents. That he was able to get rid of Pianeta, therefore, is a cause for concern, as well as one of the reasons I left him out.

Another reason I scrapped Pianeta, 35-4-1 (21), from the list of 66 opponents better than Sefer Seferi is this: three years ago he was knocked out in a round by Ruslan Chagaev, a man who, in his very next fight, was knocked out by Lucas Browne.

One more reason: Pianeta went 12 rounds with Ivica Bacurin, someone last seen being squashed by Joe Joyce inside 104 seconds. And that’s arguably the Italian’s best win in five years.

What I will say, for balance, is that, despite the reasons for Pianeta’s omission, he is unquestionably a better opponent than Fury’s last, Sefer Seferi. No match for Fury, of course, but a sign of progress and some forward motion at least.

“The Seferi fight is history and Pianeta is a far better operator than him,” promoter Frank Warren agrees. “His level of opposition tells you that.

“Tyson had been out of boxing for a long time and Pianeta is a good opponent for what is Tyson’s second fight back after his break.

“Tyson had a short rest after Seferi but is back in full-time camp ready for this challenge in Belfast.

“He needs rounds under his belt before moving on to the next level and this fight will do that and make him work for his win.”

Getting rounds and being made to work are two very different things. Fury got rounds, four of them, back in June against Seferi, but he certainly wasn’t made to work.

Although we’re pretty certain Alexander Povetkin, the WBA mandatory challenger, is going to oppose Anthony Joshua on September 22 at Wembley Stadium, we’re less sure about the identity of the man Joshua will face on April 13, 2019.

This fight, also set to take place at Wembley, has clearly been arranged with WBC champion Deontay Wilder in mind, and that’s encouraging, but that doesn’t necessarily mean the plan will come to fruition.

Firstly, Povetkin is plenty dangerous enough to throw a spanner in the works and have Joshua regret the day he looked past him. And, secondly, there’s the small matter of Dillian Whyte meeting Joseph Parker on July 28 in a fight that has clearly been designed to add weight to Whyte’s claims of a rematch with Joshua at some point in 2019.

Win that, you suspect, and Whyte is well on his way. Better yet, if Wilder continues to play hardball, and Joshua gets fed up with waiting, there’s every chance Whyte might jump the queue, something promoter Eddie Hearn won’t deny.

“It’s up to Wilder and we will see what happens,” he told Sky Sports’ Toe 2 Toe podcast. “But we won’t wait on him forever.

“If Wilder does not sign to fight Joshua and Whyte wins, that’s the Wembley fight. It’s a great fight.

“But I have to stress, 100 per cent the focus is the Wilder fight after Povetkin because now we’ve got to focus on that – a very dangerous fight.”

A rematch with Dillian Whyte is as easy to make as the Deontay Wilder fight is difficult, and it’s for that reason we shouldn’t act surprised if Anthony Joshua’s April date at Wembley involves another Brit rather than a brash, heavy-handed American. It’s a business, after all.

Funny how things turn out in boxing. Nearly three years ago, Rocky Fielding was wiped out in a round by fellow Liverpudlian Callum Smith, and his career, though still in its early stages, was knocked back quite considerably. Smith, meanwhile, was touted as The Next Big Thing and expected to go on and easily win a world title or two in the super-middleweight division.

Today, however, the picture has changed ever so slightly. Smith, still unbeaten, remains on course to become a world champion – he just doesn’t know when – whereas Fielding, the beaten man, has since won five fights in a row and this Saturday challenges Tyron Zeuge for the German’s WBA regular super-middleweight title.

It’s not a genuine world title, no. Groves, Smith’s next opponent, holds the true WBA world super-middleweight title. But that should take nothing away from the way Fielding has managed to bounce back from what must have been a demoralising setback.

“Zeuge is very solid in every department but outstanding in none,” says Fielding’s coach, Jamie Moore. “He’s above average but there’s nothing in his style I have to warn Rocky to steer clear of.

“Because of that, Rocky can take more risks. When Rocky can take risks, he’s relaxed. And when he lets his hands go in that state, he punches very hard.

“My arms and ribs have taken an absolute hiding from him throughout this camp. He’s been ‘on one’ and I can really see him stopping Zeuge on Saturday night and making a massive statement.”

The key to Fielding making a statement lies in his ability control his head on the night and not get swept away with it all as he did against Smith in 2015. This was a point Paul Smith raised to Boxing News a couple of weeks ago, and it would seem, according to Jamie Moore, to be well-founded.

Get it right, though, make the battle physical rather than mental, and Fielding could be on to something.

“I’ve got to be with Rocky psychologically all the way through this – reading him and understanding him – but if I keep him where he needs to be then I expect a great performance,” added Moore.

“Rocky goes into this fight full of belief. He understands what he’s capable of now and the other top-level fighters in the gym have reaffirmed that. His devastating first-round stoppage of David Brophy gives him even more momentum.”