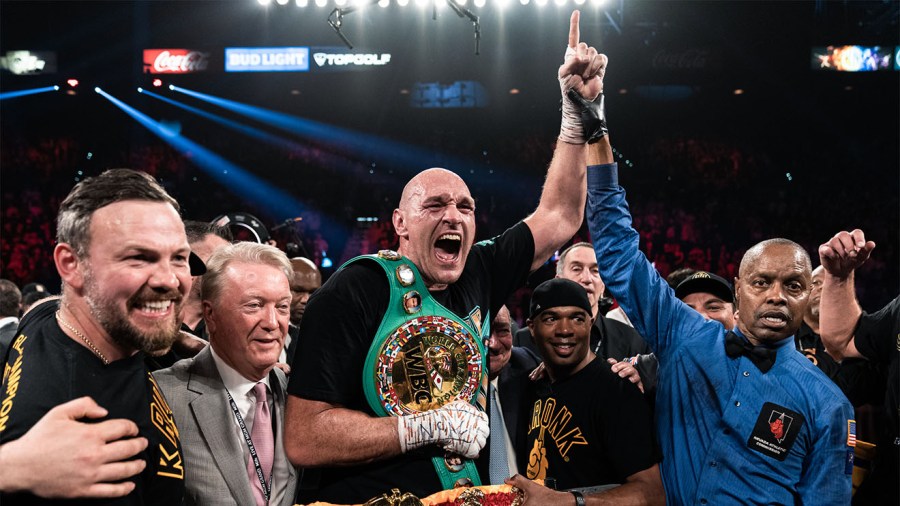 REPORTS of negative drug tests should not, in an ideal world, be considered news.

But this is boxing, a world far from ideal, and negative tests, especially at heavyweight, have become so rare it is both satisfying and surprising whenever we hear news of one.

The latest tests to come back with no adverse findings belong to Tyson Fury, the WBC heavyweight champion, and Deontay Wilder, the man he dethroned in Las Vegas on February 22. The tests were conducted by the Voluntary Anti-Doping Agency (VADA) and today the World Boxing Council (WBC) confirmed both boxers’ samples were clean.

“Fury defeated Wilder in seven rounds on February 22 to conquer the WBC belt. The fight was held at the MGM Grand Arena in Las Vegas, Nevada.

“We want to thank both warriors and their respective teams for their willingness to sign up for the Clean Boxing Program. It demonstrates that they are both exemplary athletes who testify to their honesty and commitment to boxing.

“We are extremely proud of every boxer enrolled in the Clean Boxing Program. We are committed to continuing to work hard to keep our fighters safe.”

It’s one thing reporting news of negative drug tests to highlight the surprise element, but it’s another thing entirely to join hands and celebrate the breakthrough as though two these heavyweights are deserving of WBC Clean Boxing title belts for simply playing by the rules. At this rate, it won’t be long before we’re praising boxers for coming to the ring unarmed.

Pacquiao is an eight-weight world champion formerly looked after by Arum and it is for this reason the Hall-of-Fame promoter would ideally like Crawford to steer clear of the Filipino.

To be clear, the fear is for Pacquiao, not Crawford.

“Then that leaves maybe Danny Garcia (for Crawford). I don’t think that’s a particularly big fight and it’s like a ‘who cares’ fight. I look more at the 140s who will eventually become 147s: Ramirez, Prograis, the Scottish guy (Josh) Taylor. I think those will be big future opponents for Crawford.”

It’s unusual to see much compassion in boxing, especially on the part of those wearing suits as opposed to gloves, but I guess it could be argued this is a case of that. It seems all the more surprising, too, when you take into account the ludicrous amount of money Crawford – and indeed Arum – would stand to earn from chasing and then making a Crawford vs. Pacquiao super-fight.