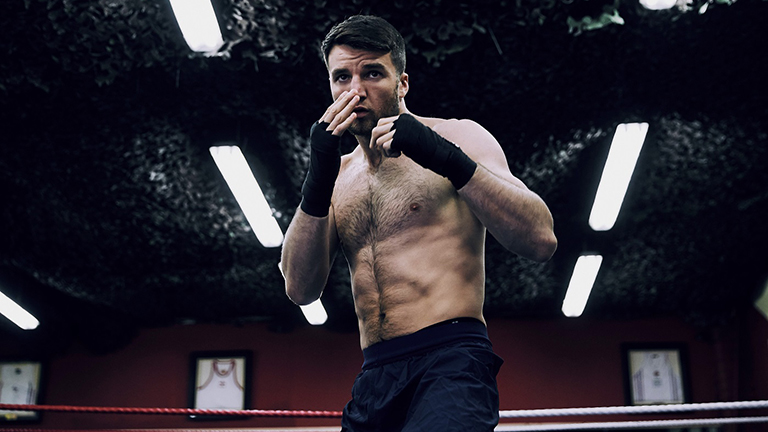 Anthony Fowler wants to toast Ted Cheeseman at Anfield next year, while Miguel Berchelt sends warning to Mickey Roman ahead of Saturday night

EVERY fighter needs a rival. It’s great to get one early, when you are both in the formative years of your career, and even better if the rival happens to be a countryman.

In the case of Anthony Fowler and Ted Cheeseman, two talented super-welterweights making waves but still to be tested, they seem to have come along at exactly the right time – well, almost.

Fowler, ringside on Saturday to witness Cheeseman defeat Asinia Byfield in a British title fight, hopes to one day fight the Londoner but says they might have to be realistic about the timeframe.

“I leave it to my trainer Dave Coldwell – if he wants me to fight him next, no problem at all,” Fowler told Sky Sports. “Realistically, it would be early in 2019, but I’m ready to go now and don’t want to mess around.

“Cheeseman got the job done on Saturday. He cut the ring down and made it his type of fight, bullying Byfield. He did get caught a lot, though, with daft shots. Against someone like me, taking those shots, he wouldn’t see the last bell. He was marked up and cut at the end of the fight and that’s against a boxer like Byfield.

“I’ve seen Ted for years in the ABAs as an amateur and watched most of his professional fights. He’s a bully in the ring but he won’t be bullying me. I’m the bigger, stronger man.”

Oh yes, another bonus to this brewing rivalry: not only are Fowler, 8-0 (7), and Cheeseman, 15-0 (9), linked by nationality and weight class, they also happen to dislike one another. Fowler, certainly, isn’t backward in coming forward.

“I don’t know who he thinks he is,” he said. “He’s beat no-one. He might be British champion, but he’s been managed very carefully. He’s had good step-ups and boxed for a vacant belt.

“He has no big name on his record. He thinks Carson Jones was a killer. Jones is about 60 years of age. He’s a hypocrite. He said I get hit too much and am stiff and then I watch that performance against Byfield. There is bad blood between us and it will come out when the fight is made.”

As for when the fight gets made, Fowler, ideally, is looking at April or May 2019 for his date with Cheeseman. What’s more, the Liverpudlian, cousin of Robbie Fowler, can think of no better venue for it than Anfield, home of his beloved Liverpool Football Club, to host the potential British title clash.

“If it’s timed to possibly be at Anfield on Callum Smith’s homecoming, that would be unbelievable,” he said. “It’s a lifelong dream to box at Anfield, so things seem to be coming together nicely for me.”

For him and Cheeseman, in fact. And so long as it stays that way, and so long as both remain unbeaten, we could be in for a good one in the first or second quarter of next year.

There will be no holding back when Miguel Berchelt defends his WBC super-featherweight title against Miguel ‘Mickey’ Roman in El Paso, Texas on Saturday night (November 3), and the champion hasn’t exactly been holding back on sparring partners, either.

“I am so eager to put Roman in his place that when I spar I imagine I’m sparring him and push my sparring partners to the limit,” Berchelt, 34-1 (30), said at Tuesday’s media workout.

“Apologies to all my sparring partners because I have hurt them during sparring, but when that happens, the action stops immediately, and I apologise to them. I’m just thinking of Roman.”

Clearly this is more than just a fight, and a title defence, for Berchelt. In Roman, he will be fighting a fellow Mexican, and, with that, comes greater motivation and an even greater need to win. It’s why he’s been abusing sparring partners. It’s why he wants to teach Roman a lesson.

“There is more at stake in this fight than just victory,” said the 26-year-old. “This is about pride. I want to teach Mickey a lesson in his own backyard. I am fed up with all the talking he has done. In the ring, my quality as an elite fighter, and my fists, will do the talking.

“Mickey has talked a lot, and we’re going to brawl. Styles make fights. I am going to take the first round or two to feel him out. Then, I’ll make the adjustments, and if I have to go all out, I will.”

Thirty-two-year-old Roman, meanwhile, hails from Juarez, not far from the Texan border town in which they will fight, and is a veteran of 72 professional fights. Heavy-handed, his last 10 victories have coma via knockout.

“When I fight here in El Paso, a lot of people support me from all over – like Las Cruces, Albuquerque, and all around El Paso and Juarez,” he said. “It’s definitely a great motivation for me.

“This is the fight that everybody wanted to see. Boxing people wanted to see this fight, and I’m willing to put everything on the line. Whatever I have, I will leave it in the ring.”

That makes two of them. It should make for quite the all-Mexican classic.