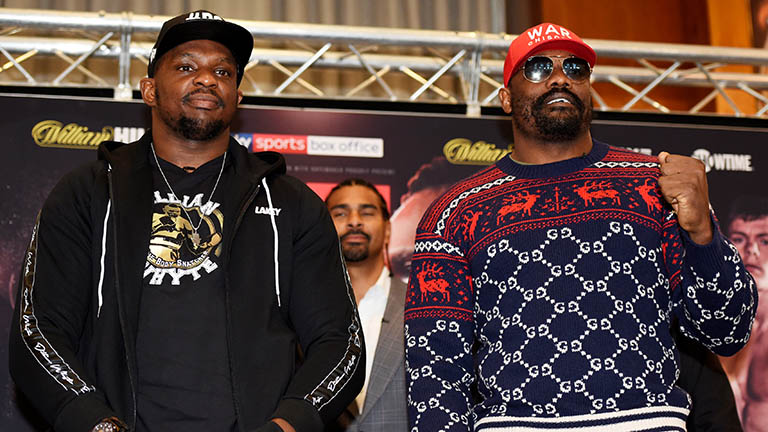 Anthony Joshua's next fight appears destined for north London, and Dillian Whyte believes Dereck Chisora has the style to give Oleksandr Usyk nightmares

That’s according to the Daily Star at least, who claim Joshua’s team are working on putting together an offer for Joshua vs. Pulev to land in north London, either at the Emirates or the new home of Tottenham Hotspur. We were led to believe the Tottenham Hotspur Stadium was the initial frontrunner but, according to the Star, Hearn has had difficulties securing the venue, therefore opening up the possibility of the Emirates hosting the fight instead.

Pulev, Joshua’s IBF mandatory challenger, has spent the majority of his 11-year professional career boxing out of Germany, with the odd appearance in his native Bulgaria and the United States. He will be expecting to travel to fight Joshua, given the remarkable pulling power of the champion in Europe, but won’t yet know where exactly his challenge will end up.

Though a UK venue seems likely, Pulev’s team have also expressed an interest in having the fight go ahead in Saudi Arabia or the Far East, which should come as no surprise to anyone who was bored to tears by the championing of Saudi Arabia as a grand old venue for Joshua’s fight against Andy Ruiz Jnr on December 7. Home of little else, it’s evidently where the money is.

As he waits for a shot at a version of the world heavyweight title, controversial heavyweight Dillian Whyte seems to be assessing the landscape and running his eye over fellow heavyweight contenders.

One man he knows well is Dereck Chisora, having shared two entertaining fights with the Finchley heavyweight, while another, Oleksandr Usyk, is someone Whyte is watching from a distance with a view to perhaps one day fighting.

The two, Chisora and Usyk, have been linked with a possible bout in March and Whyte, should it go ahead, will be one of the few people backing his fellow Briton to pull off the unlikeliest of upsets.

“He’s (Usyk) thinking he can outmanoeuvre Derek, but if Derek is in shape, which I’m sure he will be, he’ll have a nasty surprise and he’ll have a hard night of work, if he wins,” Whyte told Sky Sports.

“I’ll tell him straight, don’t underestimate Derek. If he’s in shape and he’s motivated, he will give you work. Serious work as well.”

Asked if he gave Chisora a shot at actually winning, Whyte said: “Of course, 100 per cent, and I’m backing him to win as well, because Usyk struggled with Chazz Witherspoon.

“Okay he outboxed him and outmanoeuvred him, but he hit him with a million punches before he stopped him and Chazz Witherspoon was basically retired before that fight.”

It seems a long time ago now that tables were flipped and all those threats were made.