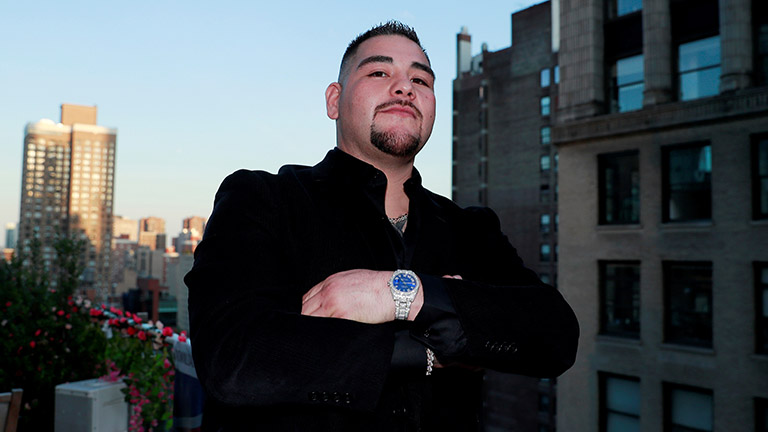 Anthony Crolla will fight Frank Urquiaga on November 2 in Manchester, and Andy Ruiz Jnr turns down the advances of the WWE to focus on boxing

THE last man to face Anthony Crolla in a professional boxing match has today been revealed.

It’s official: on November 2, at the Manchester Arena, Frank Urquiaga will box Crolla for the WBA continental lightweight title in what is being billed as the final fight of Crolla’s thrilling 13-year pro career.

There could be no better place for Crolla, 34-7-3 (13), to bring down the curtain. After all, the likeable Mancunian won the WBA lightweight title against Darleys Perez in November 15 at the Manchester Arena, then successfully defended it against Ismael Barroso the following year. He also made his professional debut at the venue and has fought there a total of 13 times.

His opponent, too, seems pretty much ideal. Urquiaga, 13-1 (1), is a light-hitting Spaniard, originally from Peru, who came up short in a European title shot against Edis Tatli last year. More recently he was held to a draw by Ivan Tomas, a nine-fight novice, in a Spanish title fight.

With not many knockouts or noteworthy names on his record, the 32-year-old from Barcelona would appear just what the doctor ordered for a former world champion on his way out.

“This is it, the final one,” said Crolla. “I’ve had so many great nights at the arena down the years, so I’m pleased to be finishing where it all started.

“Urquiaga knows this is his golden chance. A win against me and he throws his name further into the mix. I can’t let the emotions get to me. I’ve got a job to do first and foremost. I want to bow out with a win.

“The support and atmosphere has always been special at the arena. I’m forever thankful. I’m determined to put on a show one last time.”

“It’s a great honour to fight a warrior like Anthony Crolla in his last fight,” said Urquiaga. “Of course, it is a great opportunity for me to win and make a big step to the next level, where there are a lot of good British fighters such as Luke Campbell, Joe Cordina, Lee Selby and Ricky Burns. I’m working hard for this opportunity. I know that British fans are unbelievable, and I want to give them an unbelievable fight.”

Urquiaga’s role is clear then: give the British fans an “unbelievable fight”, give Anthony Crolla a good one, but don’t, whatever you do, spoil the party.

A cameo in the WWE seems to have worked a treat for Tyson Fury, boosting both his profile and popularity, but that doesn’t mean it’s for everyone.

Andy Ruiz, the current WBA, IBF and WBO heavyweight champion of the world, understands the appeal for Fury but admits he turned down a similar approach from the WWE after dethroning Anthony Joshua in June.

“They (WWE) invited me to go a while back when I won the title. They invited be to go over there and check it out,” Ruiz told the Daily Mail. “But you know what, boxing is my life. This is the only thing I know how to do besides being with my family.

“I’m going to stick to boxing and accomplish more and maybe down the line we’ll look for something else to do.”

While it’s unclear whether the WWE contacted Ruiz with a view to competing or simply making an appearance, it’s fair to say the new champion, despite his Mexican roots, would have probably struggled taking to it the way Fury has done – whatever the capacity. Different characters, different body types, different goals and motivations, Ruiz’s decision to focus solely on boxing, that is, a life-changing rematch against Joshua on December 7, could end up being the best decision he has ever made.