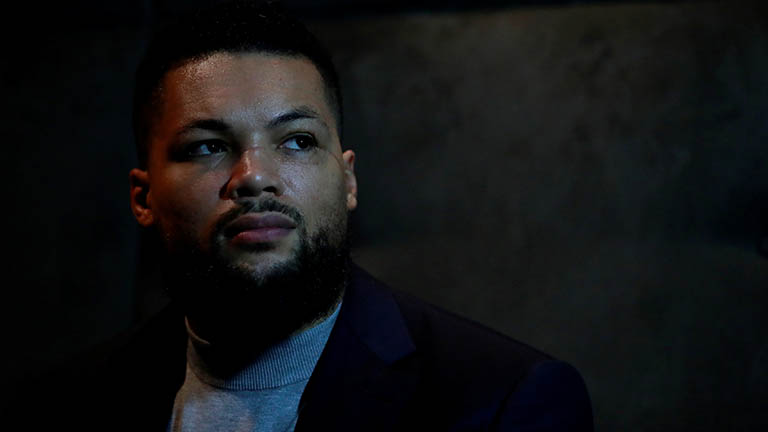 SHEFFIELD’S Kell Brook says he is happy to float between welterweight and junior-middleweight as he waits for a big fight and expects to next appear on June 1 in New York.

The former IBF welterweight champion, for so long linked with a fight against British rival Amir Khan, hasn’t boxed since he outpointed Michael Zerafa in December and seems to be on his final run at a version of a world title. The next stage in the process, he believes, happens Stateside this summer.

“My dad has been speaking to Eddie [Hearn, promoter] and it’s looking like we’re going to be added to the Anthony Joshua bill in New York,” Brook told Sky Sports.

“That would be a good box ticked. I’ve always wanted to box at Madison Square Garden and I’m looking for titles. I want some big names, so that’s where we stand.

“It’s a big bill, you’ve got AJ-Miller and Madison Square Garden. Every young fighter growing up, they always want to box at those kinds of venues.

“I’m training towards that date and we’re looking for big names in the near future.”

If he does appear in NYC, it remains to be seen what kind of opponent will be found for Brook. One hopes it will be an upgrade on Zerafa, despite the fact the Australian pushed him hard, but it’s unlikely to be anybody too taxing.

As for major fights ahead, Brook, when the opportunity presents itself, says he is ready at both welterweight and junior-middleweight.

“Wherever the excitement is,” he said. “I can still make welterweight. I believe this fight will probably be at catchweight, between 154lbs and 147lbs. We have this fight and then we move to a big name.”

Olympic silver medallist Joe Joyce has hardly put a foot wrong so far as a professional and has been guided the way all inexperienced heavyweights need to be guided. He has been moved with care and attention but never restricted by stabilisers. Best of all, he has progressed at a pace ideal to soon exploit the shallow nature of the heavyweight division.

Eight fights in, he is there or thereabouts, a world title shot well within his grasp. First, though, Joyce, the Commonwealth heavyweight champion, will box for the European heavyweight title, having today been nominated by the EBU as champion Agit Kabayel’s mandatory challenger.

“Delighted to announce Joe is now mandatory for the EBU European heavyweight title held by Derek Chisora conqueror Agit Kabayel,” wrote Sam Jones, Joyce’s manager, on Twitter. “We have offered the fight to him twice before and twice he has declined. Now he has no choice.”

Joyce boxing for the European title is merely the next logical step in a career well-managed. That said, Germany’s Kabayel is no mug, as Chisora discovered back in 2017, and will be eager to show ‘The Juggernaut’ the importance of learning how to walk before you attempt to run.