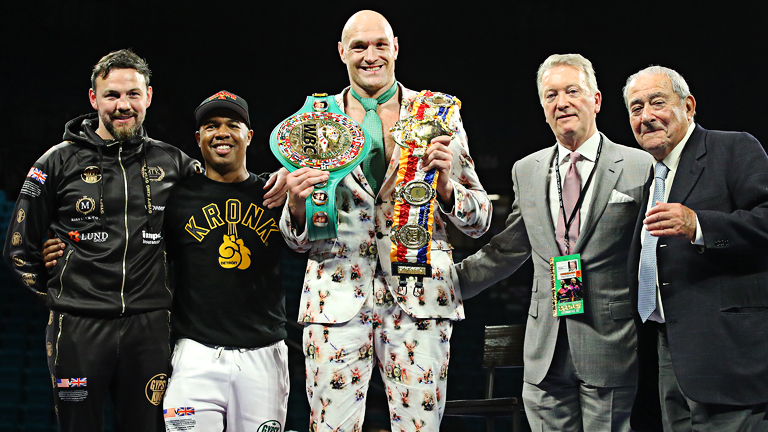 The British Boxing Board of Control release fresh coronavirus statement, and SugarHill Steward's other heavyweight Apti Davtaev has big ambitions

IN an admirable display of ambition, the British Boxing Board of Control have extended the suspension on boxing tournaments under its jurisdiction until the end of April.

As most other sporting bodies accept, begrudgingly, that the sporting calendar will be put on hold until the summer at least, the BBBC still maintain a slim hope the coronavirus pandemic will somehow be over come May and that all can resume as normal from that point on.

Last week, they announced an immediate suspension following the government’s advice to avoid ‘non-essential’ contact and were due to review the situation next month. However, rather than wait that long, today they released another statement, which read:

“Following further Government and Medical Authorities advice, the British Boxing Board of Control has decided that the suspension of Boxing Tournaments under the BBBofC jurisdiction remains in place until the end of April, when further consideration will be given.

“We will continue to follow Government and the Medical Authorities advice and keep the situation under review.

“The BBBofC would like to emphasise our thoughts are with everyone affected by Covid-19.”

In more ultimately pointless news, SugarHill Steward, the man who guided Tyson Fury to victory over Deontay Wilder back in February, back when boxing was a thing, is now turning his attention to another of his fighters, six-foot-five Russian Apti Davtaev.

Davtaev has been training alongside Steward in Detroit and was due to make a step up in class against Lucas Browne on March 28. That fight has of course been postponed but that hasn’t stopped his promoter, Dimitry Salita, waxing lyrical about the intimidating Russian whose professional record currently stands at 20-0-1 (19).

“Apti has the skills, size and power to be a real force in the heavyweight division,” Salita told Sky Sports. “Although they have different styles, physically Tyson Fury and Apti are of similar size.

“With SugarHill in his corner, the sky is the limit for Apti.”

Davtaev, 30, was last seen knocking out fellow unbeaten heavyweight John Napari in February in what was his second fight this year. He will likely have to wait some time for his third but says the training he has done under Steward will pay dividends in the end.

“Training in Detroit has made me stronger,” said Davtaev. “I have a fresh new look on boxing. I’m more confident and experienced, and my power has grown immensely.

“I’ve also become a more aggressive fighter. I go after opponents and try to finish them, rather than just beating them.

“A victory over Lucas Browne is very important to me,” Davtaev continued. “The heavyweight division is very exciting right now with many top names, and I believe I am one of them.

“I’ve only seen a few of Browne’s fights. He’s a tough, experienced boxer. I have been looking for a step-up opponent for a very long time. It’ll be an exciting fight while it lasts.”

So, there you go. Combine Davtaev’s words with the BBBC’s statement and you have all the positivity you could hope for in this time of uncertainty and fear. Stick with that, and we’ll be up and running again in a matter of weeks…