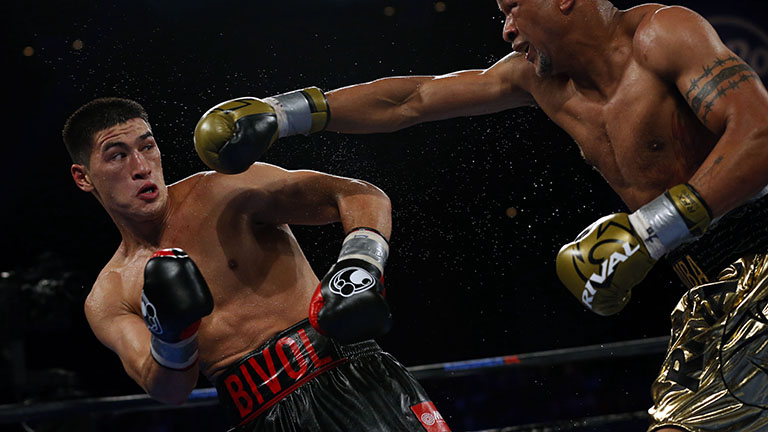 Dmitry Bivol and Artur Beterbiev could end up putting three light-heavyweight titles on the line in August, and Jeff Horn and Tim Tszyu eye an April date

DMITRY BIVOL has a plan.

If he gets his way, this will all happen without a hitch. However, this is boxing, and rarely do plans go smoothly.

“In February, we hope to leave for the United States in order to conduct a battle somewhere in mid-April,” Bivol, the WBA light-heavyweight champion, told sport.ru when asked about his next fight. “We were asked if we want (a fight with) Gilberto Ramirez or Badou Jack. Of course we want. These are good boxing names that are interesting to me.”

Ramirez, a Mexican southpaw now campaigning at light-heavyweight having vacated his WBO crown at super-middleweight, is in his athletic prime at 28 years of age and eager to claim the big-name scalp that has so far eluded him.

Thirty-six-year-old Jack, meanwhile, though perhaps not in his prime, remains a solid and skilled contender whose patchy form – including back-to-back losses against Marcus Browne and Jean Pascal – owes more to his level of competition than anything else.

Based on their respective dangers, it’s more likely Jack gets the nod.

As for Beterbiev, he has business of his own to take care of on March 28, when he defends his WBC and IBF light-heavyweight titles against his IBF mandatory Meng Fanlong at the Centre Videotron in Quebec City, Quebec. After that, the push will be made to get him and Bivol inside the same ring for August, with the 68,000-capacity Gazprom Arena in St. Petersburg already showing an interest in hosting the fight.

“I asked to speak with Bivol’s promoters about holding a fight in August in St. Petersburg,” Umar Kremlev, the General Secretary of the Boxing Federation of Russia, told sports.ru.

Top Rank’s Bob Arum, Beterbiev’s co-promoter, has also recently expressed his intentions to steer his man towards a fight with Bivol once Fanlong is out of the way. We can only hope.

One fight that has crept closer to completion is an all-Australia battle at welterweight between former WBO champion Jeff Horn and fast-rising prospect Tim Tszyu, son of Kostya.

After some long and complicated negotiations, reports suggest the two sides have struck a 60/40 agreement in favour of Horn and that the fight, an intriguing one, could now take place on April 18, either in Brisbane, Sydney or Perth.

The initial stumbling blocks, we were led to believe, concerned a rematch clause and the length of the fight. Horn, though, apparently withdrew his demand for a rematch clause.

As for the scheduled number of rounds to be scheduled, Horn wanted to box a 10-rounder whereas Tszyu preferred 12, and it is not yet known which of the two has won that particular battle.

“It’s my opportunity,” Tszyu said to Fox Sports. “It’s the best position that I want to be at, and I know this (fight) is the one.

“This is what I was born for. I’ve been fighting my whole life for this particular moment. I want to test him. I know I can (dig deep). Yes, he’s fought some of the greats, but I believe I can bring him into those trenches and test him in a way he’s already been tested, and in a way he won’t be able to survive.

“This fight is like every fight of mine. I’m going to take it seriously and again, it’s just one step at a time. Jeff Horn’s just another name on the list.”

It’s the perfect crossroads fight in many ways. Both are on a good run of form, what with Horn avenging a prior loss to Michael Zerafa in December, and Tszyu overpowering Jack Brubaker that same month. They also have ambition and a desire to secure bragging rights.

Tszyu, 15-0 (11), is still in the early stages of his pro career and in need of tests and decent names, while Horn, 20-2-1 (13), someone who has shared a ring with Manny Pacquiao and Terence Crawford, will no doubt believe Tszyu is biting off more than he can chew in April. It’s a finely poised, then, a fight to capture the imagination not only of those Down Under but boxing fans further afield, too.